The NCHC announced the creation of the Mark Rudolph Officiating Achievement Award on August 26, 2014. The award will be handed out annually and presented to a member of the NCHC officiating staff, be it a referee, linesman or supervisor, who through his actions, commitment, dedication, leadership and professionalism, has achieved a distinguished accomplishment that has significantly enhanced the NCHC and its officiating program both on and off the ice. 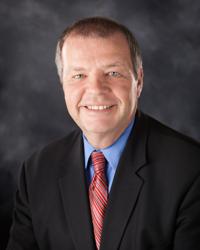 Mark Rudolph is a long-time official and distinguished administrator who resides in Colorado Springs, Colo. In 1982, Rudolph relocated from Buffalo, N.Y. to Colorado Springs for an employment opportunity that would change the complexion of American officiating forever. He pioneered the development of USA Hockey’s National Officiating Program – a program that served over 13,000 amateur officials during his 12 years of service.

Rudolph established the elite USA Hockey summer officiating camps, which accelerated the officiating careers of many, while developing and overseeing the program’s relationships with both the National Hockey League (NHL) and the International Ice Hockey Federation (IIHF). He also created and implemented USA Hockey’s District Officiating Seminars, which placed the elite summer camp experience into backyards across the country so more officials could benefit from that “camp experience.”

In addition, Rudolph authored the original USA Hockey officiating manuals, which provided thousands of American officials with the basic fundamentals of officiating. The USA Hockey Officiating Program continues to benefit from the foundation that Rudolph built so many years ago.

Rudolph, who officiated NCAA Division I collegiate hockey for over 10 seasons, also displayed his on-ice officiating talents in the International Hockey League (IHL), the American Hockey League (AHL) and the Atlantic Coast Hockey League (currently ECHL). Rudolph served as a Supervisor of Officials for the NHL from 1991-1997 and for the IIHF from 1988-97, as well.

Rudolph is credited with advancing hundreds of officials to higher levels of hockey, including junior, collegiate, international and professional.