COLORADO SPRINGS, Colo. – While former North Dakota and National Collegiate Hockey Conference (NCHC) standout Shane Gersich, along with UND alum T.J. Oshie and Minnesota Duluth alum Matt Niskanen, hoisted the Stanley Cup with the Washington Capitals back on June 7, a handful of other former NCHC players and alumni of NCHC teams have also lifted their league’s playoff trophy within the last week.

The Marlies captured the 2018 Calder Cup, their first in franchise history, by defeating the Texas Stars in seven games, winning the decisive final game, 6-1. Moore dished out an assist on the game-winning goal in Game 7, while LoVerde handed out two helpers in the clinching victory. Moore finished fourth in AHL playoff scoring with 17 points in 20 games on six goals and 11 assists, including two goals and two assists in the seven-game series against the Stars. LoVerde tallied four assists during the playoffs, with three coming in the Calder Cup Final, while his +19 plus/minus led all AHL blue liners in the postseason. LoVerde has now captured two Calder Cups, also winning the trophy with the Manchester Monarchs in 2015.

Moore starred at Denver for three seasons from 2013-16, earning First-Team All-NCHC, NCHC Forward of the Year and Second-Team All-America as a sophomore. He racked up 120 points on 47 goals and 73 assists in 121 career games as a Pioneer. LoVerde, meanwhile, played at Miami while they were a member of the Central Collegiate Hockey Association (CCHA), anchoring the RedHawks blue line from 2007-11. He totaled 36 points, including 30 assists, in 159 career games.

The Texas Stars, who fell in the Calder Cup final, had former WMU captain and forward Sheldon Dries (2013-17) and former Miami forward Curtis McKenzie (2009-13) on the team. McKenzie led the AHL in playoff goals with 11 in 22 games, while his 20 points ranked second in the AHL postseason. Dries tied for second in playoff goal-scoring behind McKenzie with 10 markers.

In the ECHL, the Eagles won their second straight Kelly Cup, also needing seven games in the final to clinch the Cup, knocking off the Florida Everblades, 3-2, in the decisive Game 7. Storm played in six playoff games for the Eagles during their run, including a pair of games in the Kelly Cup Final. Hafner won his second Kelly Cup after first backstopping Colorado to the Cup in 2017, but he only appeared in two playoff games this season, while Brittain saw action in one playoff game. Marto, who also won his second Kelly Cup like Hafner, chipped in 15 points on seven goals and eight assists in 24 Kelly Cup Playoff games, including five points in the final series against Florida.

Storm played at SCSU from 2013-17, serving as a captain as a senior, while totaling 17 points in 121 career games. Hafner backstopped the Broncos from 2012-16, compiling a .909 career save percentage and a 2.76 goals-against average in 86 career appearances. Brittain played only one season in the NCHC, earning NCHC Goaltender of the Year and First-Team All-NCHC as a senior. He was between the pipes in 97 career games for Denver from 2010-14 with a .924 career save percentage and a 2.36 GAA.

Marto, a former UND assistant captain, suited up for North Dakota from 2007-11, compiling 62 points from the back end in 157 career games. Schneekloth, who was an assistant coach with the Eagles for three seasons before taking over as head coach in 2016-17, played at North Dakota from 1998-2002, totaling 73 points in 150 collegiate games. 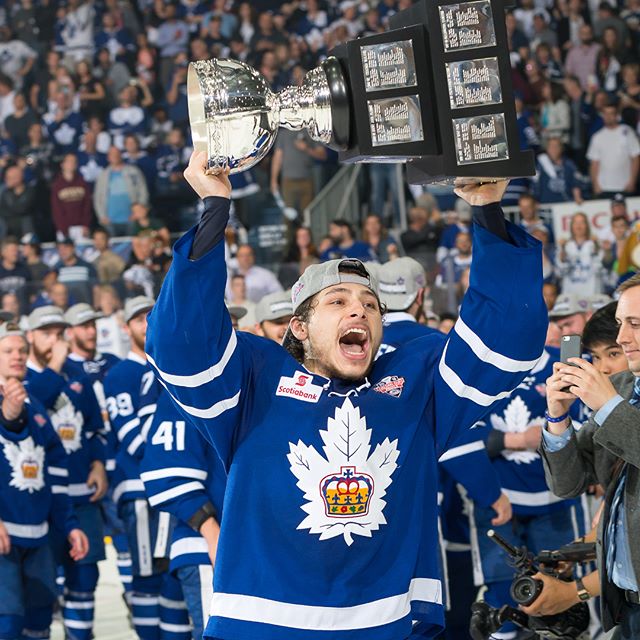 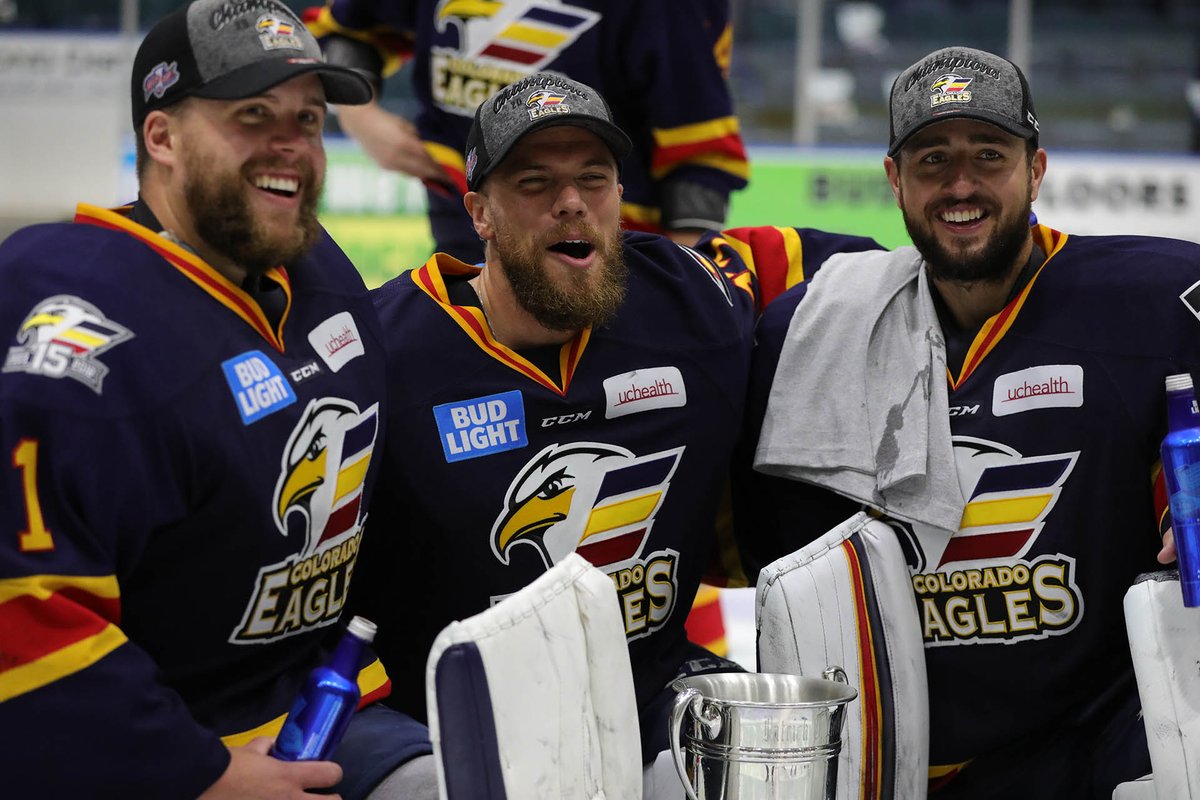 RT @NHLJets: #NHLJets prospect Dylan Samberg endured several injuries during the 2019-2020 season but bounced back and his final weekend sa…

@budzo37 @UNDmhockey @NHLBlackhawks Yes, he had several throughout his career! He was runner-up in 2014-15, which we'll show tomorrow 😉