For Stecher (Richmond, B.C.), it was a bit of redemption after settling for the silver medal at the 2019 Men’s World Championship (the last time the tournament was contested) when Canada lost to Finland in the final. In 2021, Stecher led all players at the World Championship in ice time, playing more than 221 minutes on Canada’s blue line. The Detroit Red Wing defenseman also scored a goal during the group stage against Italy and had the game-winning assist in overtime as Canada defeated Russia in the quarterfinals on June 3. Stecher, who starred at UND from 2013-16, was fourth on Team Canada with a +5 plus/minus, while playing in all 10 games and committing only one penalty all tournament. He also served as an assistant captain for the Canadians in Latvia.

Bernard-Docker (Canmore, Alta.), who completed his three-year career at North Dakota in March, also played in all 10 games for Canada. The Ottawa Senators defenseman averaged more than eight and a half minutes of ice time per game, fired six shots on goal in the tournament and did not commit a penalty. Bernard-Docker, the 2020-21 NCHC Defensive Defenseman of the Year, now has double gold for Canada, also winning gold at the 2020 IIHF World Junior Championship.

Kaski (Pori, Finland) nearly helped Finland repeat as champions, but claimed silver in 2021 after earning gold with the Finnish team in 2019. Kaski, who played at WMU from 2015-17, was an anchor on Finland’s blue line, playing in all 10 tournament games, while dishing out three assists. He totaled 154 minutes of ice time, averaging more than 15 minutes per game, while firing 23 shots on goal during the fortnight. Kaski played for Avangard Omsk in the Russian KHL this past season.

Moore (Thousand Oaks, Calif.) had a massive showing in his first international competition representing Team USA, playing in all 10 games in Latvia. The L.A. Kings forward finished second on the team with five goals, while also dishing out four assists, including two in a quarterfinal win over Slovakia. Moore’s nine points tied for second on Team USA at the World Championship, while his 31 shots on goal tied for the team lead. The 2014-15 NCHC Forward of the Year who starred at Denver from 2013-16 finished the tournament +7, again tying for second on the squad.

Wolanin (Rochester, Mich.), who was also on the 2019 U.S. Men’s National Team at the World Championship, also suited up for all 10 games of the tournament in 2021 and tied for the team lead with a +8 plus/minus. Also a teammate of Moore’s on the L.A. Kings, Wolanin chipped in six points from the blue line, including his lone goal coming in the bronze-medal victory over Germany on June 5, while two of his five assists came in the quarterfinal win over Slovakia. Wolanin, who played at UND from 2015-18, averaged nearly 18 minutes of ice time (17:57) per game in Latvia.

Three other NCHC alumni also took part in the 2021 IIHF Men’s World Championship. Former WMU forward Frederik Tiffels (Cologne, Germany), playing in his fourth straight World Championship, suited up in six games for Germany in 2021, scoring a goal and adding an assist in their opening win against Italy on May 21. Tiffels played at WMU for three years from 2014-17.

The final two NCHC alumni to participate in the 2021 World Championship were both on the Norwegian National Team. Forward Emilio Pettersen (Manglerud, Norway), who played at Denver from 2018-2020 before signing with the Calgary Flames, played in six games, scoring his lone goal May 28 in an eventual shootout win over host Latvia. Forward Ludvig Hoff (Oslo, Norway), who played at North Dakota from 2016-19 and previously represented Norway in 2018, appeared in three games and finished +1. The duo saw Norway place seventh in their group and 13th overall in the 16-team tournament.

The eight NCHC alumni combined for nine goals and 14 assists at the 2021 Men’s World Championship.

Bernard-Docker and Stecher join Kaski as the only three NCHC alumni to win an IIHF Men’s World Championship gold medal. 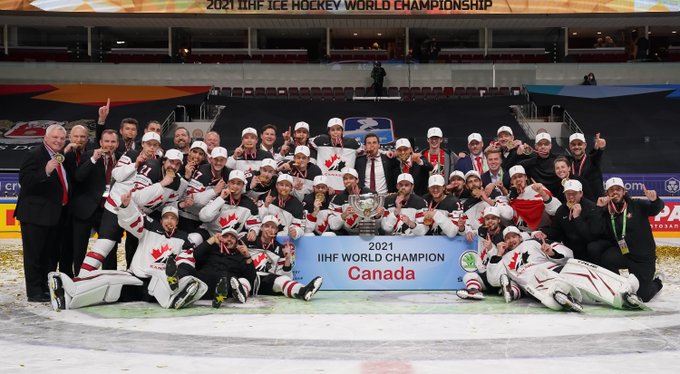 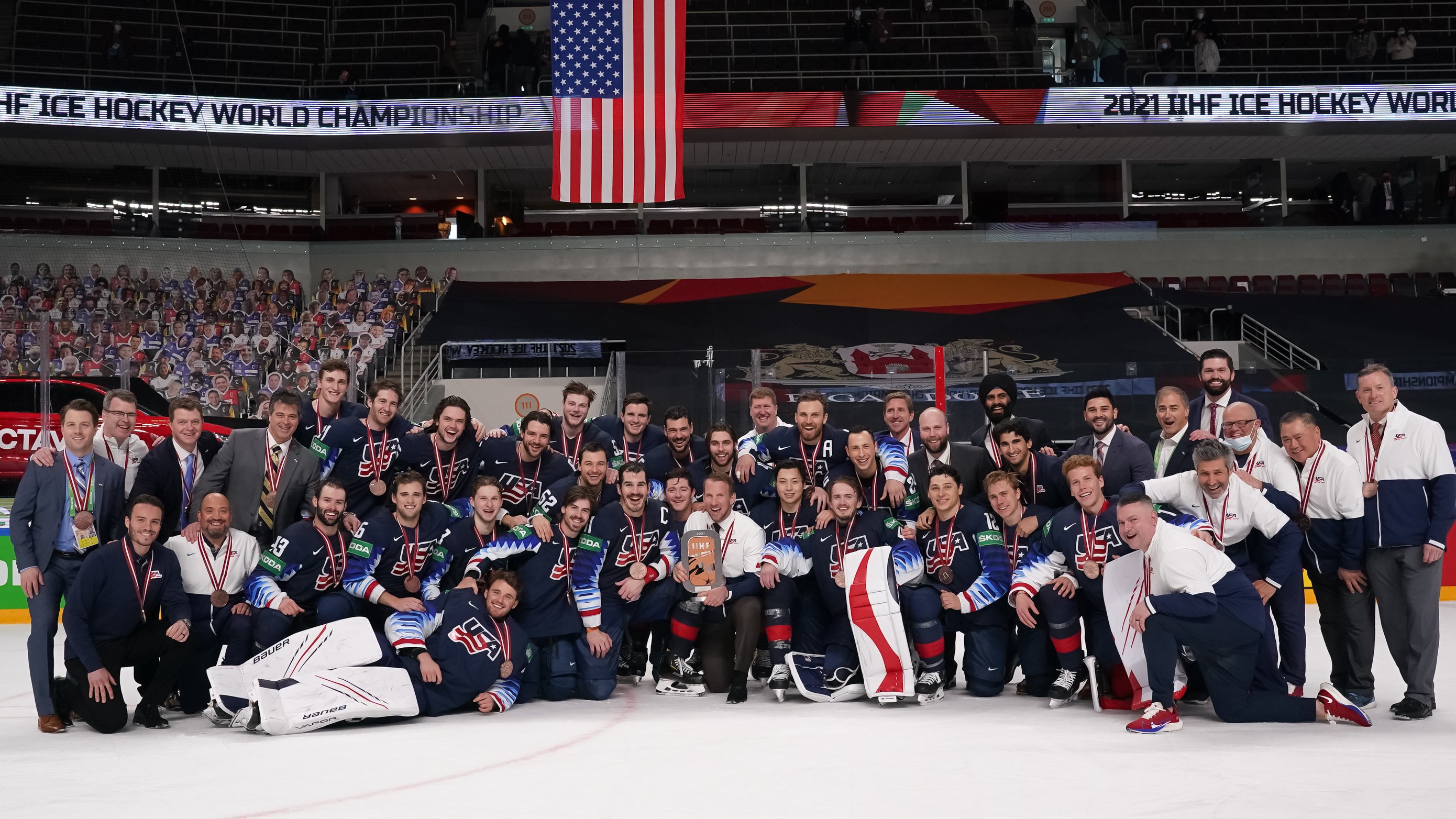 Congrats to Jacob Bernard-Docker and @troystecher on winning gold at #MensWorlds with @HockeyCanada! 🇨🇦🥇… https://t.co/i1OpC9wJ2j