Despite the loss, SCSU outshot UMass, 25-22. Special teams played a key role, however, as the Minutemen went 1-for-2 on the man advantage, while killing all three Huskies power plays and scoring short-handed.

UMass opened the scoring 7:26 into the game when a Husky defenseman blew an edge and took out his own teammate, creating a 2-on-0 rush. Aaron Bohlinger and Ryan Sullivan played give-and-go with Bohlinger capping the game-winner for the only goal the Minutemen would need. With only 1:04 left in the first frame, UMass made it 2-0 when Reed Lebster scored only his second goal of the season, finishing a wrap-around attempt from Cal Kiefiuk.

Despite being down 2-0 after 20 minutes, SCSU began to turn up the pressure to start the second stanza and earned a power play. That didn’t go as planned, however, as UMass’ Philip Lagunov used a nifty move to get around defenseman Nick Perbix 1-on-1 short-handed and beat senior goalie Dávid Hrenák to make it 3-0. A power play goal from Matthew Kessel with 6:15 left in the middle period all but sealed the game at 4-0.

Bobby Trivigno, who was named Most Outstanding Player at the Frozen Four, completed the scoring six minutes into the final frame off an assist from Lebster.

SCSU junior forward Nolan Walker joined Trivigno on the Frozen Four All-Tournament Team, after scoring a goal and adding an assist in the semifinal win over Minnesota State on Thursday.

Filip Lindberg earned the 25-save shutout in goal for UMass in the championship game after missing their semifinal due to COVID-19 protocols. Hrenák totaled 17 saves in defeat, while sophomore forward Zach Okabe fired a game-high eight of SCSU’s 25 shots on goal.

St. Cloud State finishes the season with a record of 20-11-0, while making its second trip to the Frozen Four and representing the NCHC in a fifth straight national championship game. 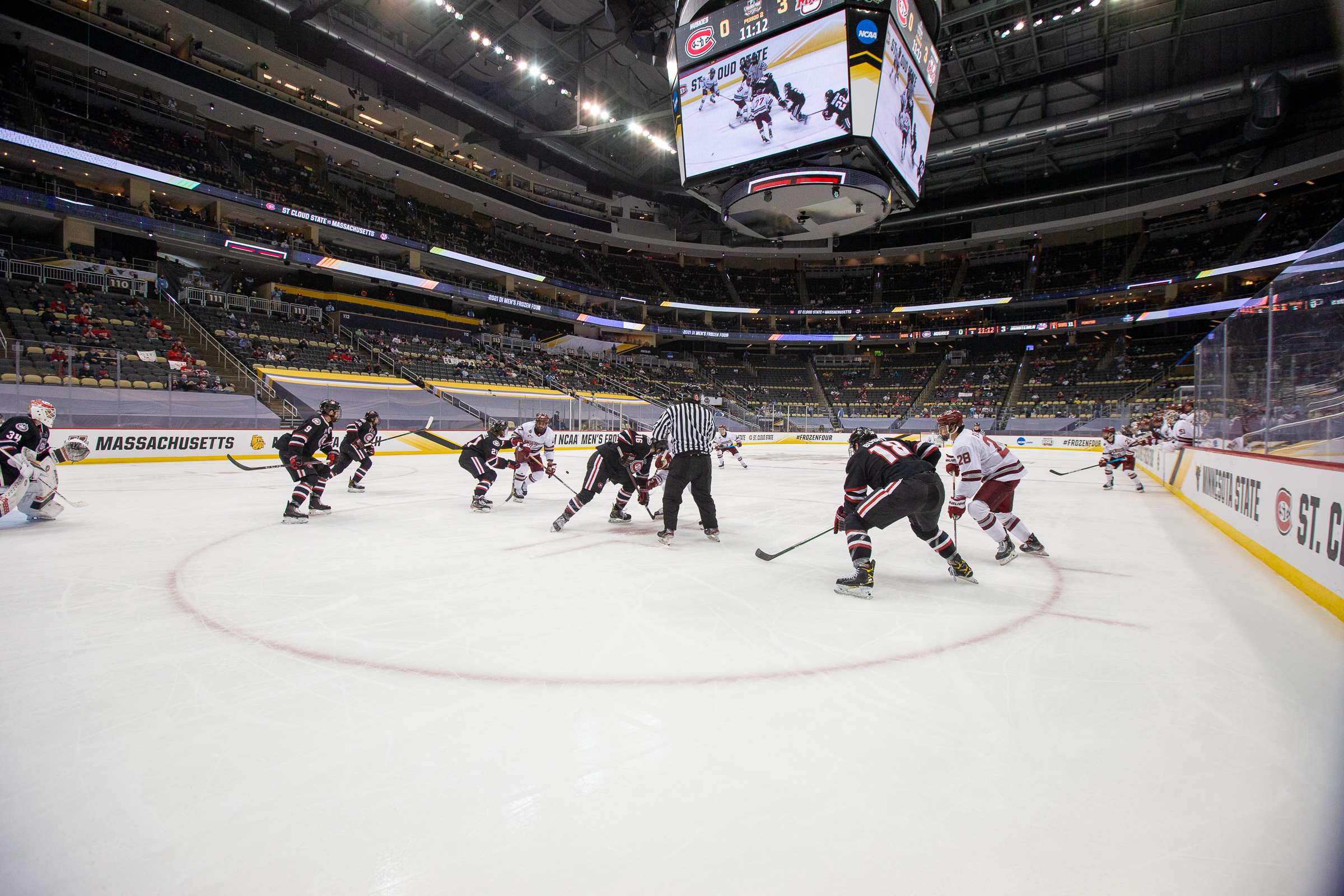 A faceoff during the national championship game at PPG Paints Arena. Photo by Jim Rosvold 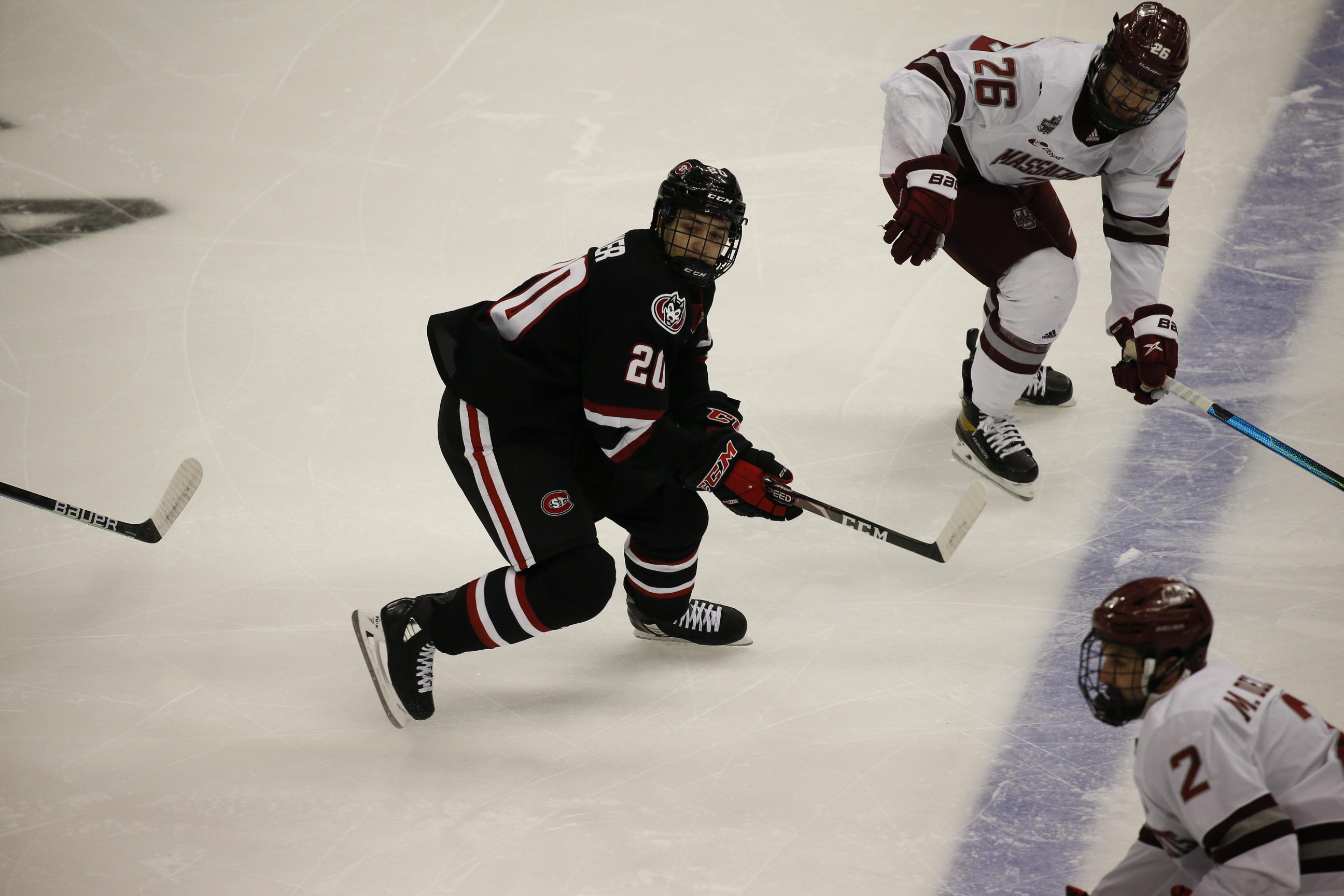