In the eighth and final of a unique series of stories in 2019-20 showcasing NCHC coaches and players from a first-person perspective, Colorado College senior forward Chris Wilkie writes about winning a national championship as a freshman, his decision to transfer from UND to CC, playing through a broken finger down the stretch and the disappointment of not getting to finish his college career properly. 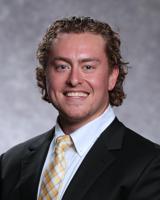 My collegiate hockey career ironically ended at the beginning of a long stretch of highway in North Dakota.

From the moment I stepped onto the rink at the University of North Dakota, to the moment coach Mike Haviland broke the earth-shattering news to me as a senior at Colorado College, it was all over in the blink of an eye.

The novel Coronavirus swept across the nation and shut down every sport, one after another. I didn’t even get the already-diminished ending of finishing my final college season in an empty arena with a team that had fought so hard to compete in the playoffs.

But a real-world problem had other plans.

Although the season ended in disappointment, I’m not about to roll over and give up on my dreams of following in my dad’s footsteps and playing professional hockey in the NHL.

Those heavy-laden footprints are long and wide, but I’m determined to follow in them to the best of my ability until the time comes to branch off and forge a different path.

My journey started with me hanging out in NHL locker rooms with my dad.

I was around the sport so much that it was impossible for it not to sink its hooks into me.

You don’t realize true love sometimes until it smacks you in the face.

Hockey took over my life, and it’s been the only thing I’ve wanted to do ever since.

I played in Omaha through my sophomore year of high school. I started up with a triple-A program that was loaded with elite talent. Then it was on to the national team in Ann Arbor before finishing off my high school tenure with two years in Kearney, Nebraska, with the Tri-City Storm.

Like most hockey players, I left home at a young age to pursue an education and better playing opportunities. I moved to Michigan when I was only 16 years old, which actually turned out to be a better experience than I could have ever imagined, thanks to my amazing billet family for easing the transition.

We developed a close bond over the course of my three years of junior hockey. It was nice to have the chance to explore the world at such a young age, but it was also satisfying having a real place to call home when my own was so far away.

I think moving away is something every hockey player knows will happen at some point. It’s one of the many sacrifices you have to make to be successful in the sport. Yet, it’s also exciting to embark on the sort of journey that forces you to grow up quickly.

You can’t say that about many sports.

The Apple of My Teenage Eyes

It wasn’t long before college recruiters took notice. I remember getting calls during my sophomore year of high school. North Dakota was the first school that jumped out and actually offered me a chance to come tour the campus.

Imagine being a 15-year-old kid exploring an unbelievable facility that served as a home for some of the best players in the country.

I was mesmerized to the point where I didn’t want to look anywhere else. My mind was already set on accepting if they offered me a scholarship.

It’s a good thing I accepted because the school ended up winning a national championship in my freshman year attending the university. You obviously never know what to expect as a first-year player, but being a part of a championship team was incredible and something I’ll never forget.

I’m not surprised our team had so much success considering the bevy of talent on the roster. Many of the guys on it are currently playing in the NHL.

I try to stay in touch with the guys from my class that were on that team to reminisce on what we accomplished.

It was a really special year.

North Dakota was my first option, but it wouldn’t be my final one in college.

After my freshman year where I was in and out of the lineup, I was determined to earn a bigger role on the team as a sophomore. I was hoping to be a guy that could come in and make the sort of leap and improvement that would turn heads. That scenario, unfortunately, never came to fruition.

So I bounced back and forth with the decision weighing on my shoulders before ultimately deciding to leave North Dakota.

Make no mistake, I have no hard feelings towards my former school.

Sometimes things don’t work out. I obviously enjoyed my two years there, and they’re still an unbelievable program that breeds winning and phenomenal hockey players. It was simply time for me to move on.

And so began my journey to Colorado College, a school that had won over my heart immediately.

The decision to transfer meant I had to redshirt for a year, which was another factor that weighed heavily in my decision. It’s hard to practice every day and feel like you’re not really a full part of the team.

You’re basically just counting down the days until you can play again.

When I look back on it now, it really was a huge year for me to rebuild some of the confidence I lost.

Even with it just being practice, I was competing against the team every day.

The ability to persevere under those circumstances ensured I was as ready as possible when my number got called to play again.

And everyone on my team, from teammates to coaches and trainers, helped me along the way.

I was nothing like the sputtering freshman in my return to the ice. As a senior, I was second in the nation for potting 23 goals.

I think it’s a product of putting four years together and rounding out my game.

There were some deficiencies that I really needed to work on as a young kid when coming into North Dakota. I was able to build off my redshirt year and step into the role of a player that could be counted on for production.

It was just a year when pucks were finding their way into the net. Of course, it wasn’t the ending we wanted as a team, but at the end of the day, no one got to finish their story.

We were at an airport waiting to get on a flight when it was announced fans would no longer be allowed in the basketball arenas as the Coronavirus pandemic started to sweep over the country.

It was big news, but I still didn’t really expect the cancelation to come after that. We were prepared to play in an empty arena and openly discussed what it was going to be like.

However, once the news dropped about the Utah Jazz players testing positive, we figured it was only a matter of time before everything else was shut down.

We got on the bus, not really knowing what to expect. A couple hours into our trip, Coach Haviland broke the news of the season being over.

We were obviously expecting to play at least a few more games.

My college career might be over, but I have already initiated the steps to continue my process of chasing a professional hockey career. I’ll start with a little rest and recuperation from my recent surgery on a broken finger.

I broke it in our series at North Dakota, and I believe we had ten games after that. Playing with the ailment wasn’t easy, but I also didn’t want to miss games if it was something I could play through.

I’m just glad it’s fixed now, and I can finally move on to bigger goals.

There obviously isn’t a huge rush right now with things at a standstill, but I’m definitely going to be playing professional hockey next year.

I won’t bother myself with looking back on the what-ifs.

Playoffs are the time of the year when scouts are watching a little closer, but I think teams will have a pretty good scouting database filled up throughout the year.

It would have been nice to make a run in my final collegiate season, but it simply wasn’t meant to be.

As I learned, sometimes things just don’t work out. But there’s always another door that opens when one closes. That same determination that took me off the bench as a freshman to scoring the second-most goals as a senior will forge a new path for me—a new beginning sprung to life from an unsatisfying ending. 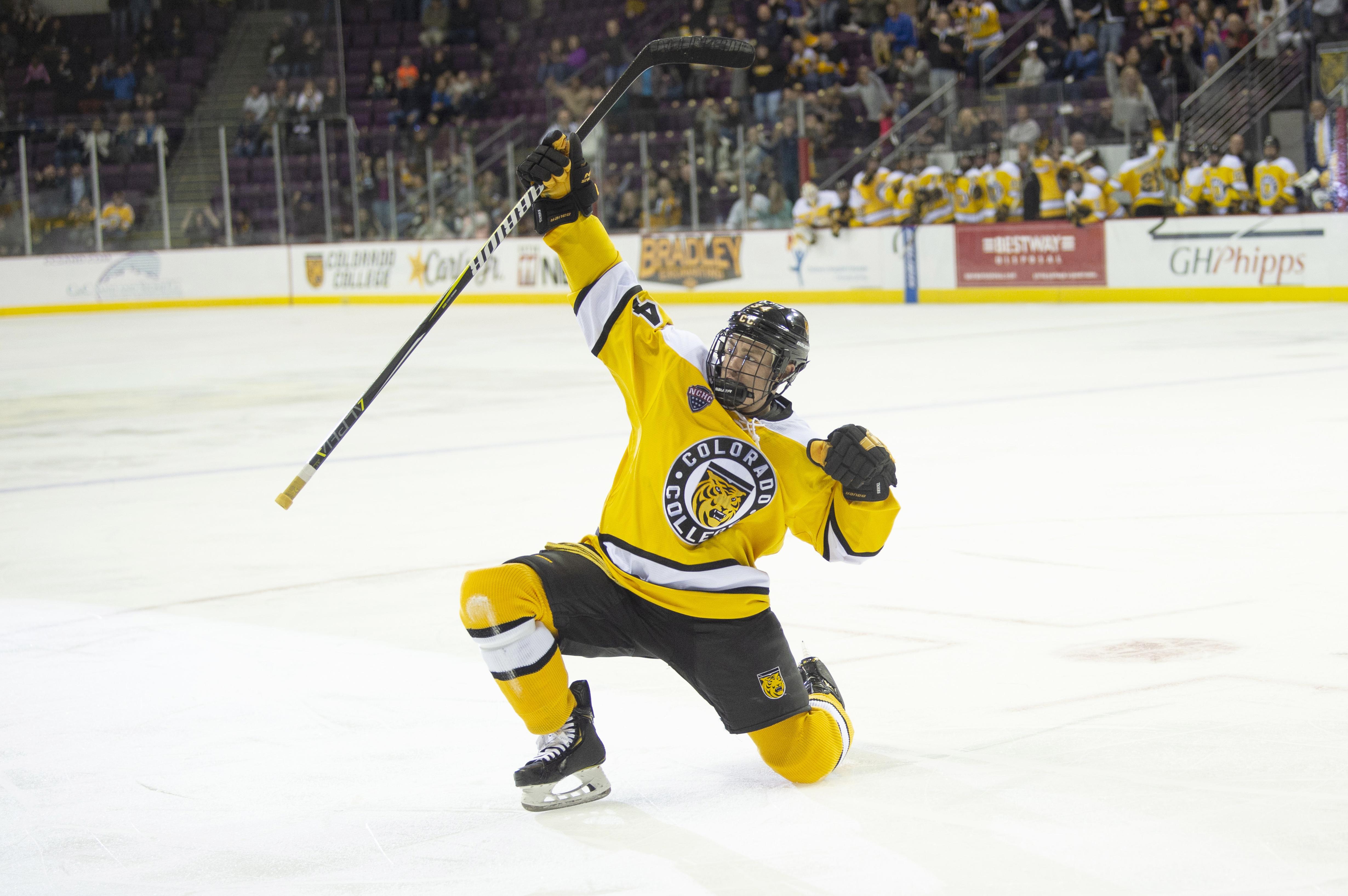 Chris Wilkie finished second in the nation in goals scored as a senior at CC this season.