Jarod Hilderman: A Dream Left on the Ice

In the seventh of a unique series of stories showcasing NCHC coaches and players from a first-person perspective, Minnesota Duluth senior defenseman Jarod Hilderman writes about the moment he found out his collegiate career was cut short, how he's dealing with the disappointment and what might have been.

A lifetime of what-ifs isn't the way I expected to end my collegiate hockey career at the University of Minnesota Duluth, but that's the pretty bow I'll have to wrap around an all-time great experience gifted to me the moment I walked through the doors as a freshman.

I'll never forget being huddled in a room with Coach Scott Sandelin breaking the life-altering news to the entire team. The rest of the hockey season was effectively canceled in response to the ongoing Coronavirus pandemic.

His words from that day never fully set in until later for me.

My college playing days were over.

No more competing underneath the banner of the school colors. No more laughs and making memories on the road with my teammates. No more victory parties with the guys to celebrate a big win.

Not even the chill of the ice was cold enough to match the sting of having the final part of the season ripped away. It's a chapter in my life that will always remain unwritten, but in time, I'll eventually learn to accept it as such.

A Teenage Life Away From Home

Social isolation during the ongoing pandemic is a reminder of how rare I actually get to enjoy life at home.

That isn't an invitation for a pity party. I loved every minute of traveling on the road, being with the guys and competing on the ice. It's the part of my story I wouldn't change for the world.

I've been away from home playing hockey ever since I was 14 years old.

Fast forward to life as a now 22-year-old, and I've spent more weeks at home in quarantine than I probably have in the last eight years.

The chance to get away from home as a teenager was my first taste of individual freedom—meeting people, having a roommate, and being somewhat on my own.

Of course, that all ended during my first year at Athol Murray College of Notre Dame, a Catholic private boarding school in the Canadian province Saskatchewan.

The home sickness hit hard before eventually subsiding and numbing into an accepted reality. I simply got used to always being on the road, and it stopped bothering me as much.

Yet, there were still those moments when I came home for an extended visit, and those feelings would suddenly resurface, particularly during the Christmas holidays or summer break.

While being home right now certainly wasn’t on my agenda a few months ago, it feels good to be reunited with my family.

There were many schools that showed interest in me from the moment I joined the BCHL hockey team, the Penticton Vees, when I was 15 years old.

I was informed that several scouts were watching me from multiple schools. After the first couple of BCHL games, I got an advisor to help sift through the interested schools.

It's a good thing we landed on UMD.

I already had some familiarity with the team and area after visiting Minnesota to train the summer before I came in for my freshman year.

It certainly expedited the process of acclimating to my new surroundings.

I already knew a good chunk of the players and how to get around the city.

Being in Minnesota for previous training sessions gave me an opportunity to make friends ahead of time, too. So there was never that awkward 'new-kid-on-the-block' sort of situation for me.

I also settled into college life quite easily. What else would you expect from someone that's been on the go for much of their teenage life? It was basically like I just moved my life to a different place.

The Three-Peat That Never Happened

We made it to the Frozen Four in my freshman year before falling in the championship game. I remember thinking we'd never make it back.

Even if we won, there was no chance we'd ever be back in a position to compete for a national title. It was just such a hard feat to accomplish.

And then we made it back two more years and won back-to-back championships.

We were thinking we weren't going to go to three national championships games in a row. It sounded so ridiculous when talking about the possibilities, but somehow, we managed to turn a pipe dream into reality.

We were on the right track to do the same thing this year as well.

The way we were improving throughout the season was encouraging.

I could see we were starting to hit the same stride we showed over the last two or three years on the cusp of playoff hockey. We had a great shot at making it back to the Frozen Four, and then we would have needed to win only two more games.

It leaves you wondering what if.

What if we got to finish the season? What if I played really well on a nationally-televised stage? What if we won a third straight national championship?

We woke up for practice one day and got the news the season was over. It was really tough, especially for me and the other three seniors on the team.

It was more than just the end of hockey. It was the closing of one of the best chapters in my life.

Everybody on our team left Duluth and returned home to safely quarantine from the pandemic. Hockey was done, school as we know it was over, and it was suddenly time to move to the next chapter in life.

I didn't really have a lot of ice time in my first three years, but I was playing more this season. I'm a senior athlete with professional hockey aspirations. A tremendous showing in the playoffs could have garnered the attention of one of the pro scouts attending the games. I rarely had those big games that put a lot of pressure on me with a ton of eyes watching. Those are the best opportunities to showcase your talents and hopefully sign a contract the following season.

I can't even begin to put into words what losing that opportunity felt like.

Hockey is a passion and one of my dearest aspirations, but the sport doesn't define me. I'm also a journalism major at UMD.

I've been enjoying the feedback I've received from teachers, peers, and teammates in regards to my writing. I've delved into pictures and video as well. It's been a fun process, but most importantly, it has also been refreshing.

However, nothing has managed to trump the feeling of being on the ice.

My professional aspirations aren't dead in the water, and there is hope that I'll be able to turn an unprecedented situation into the greatest comeback story ever told. 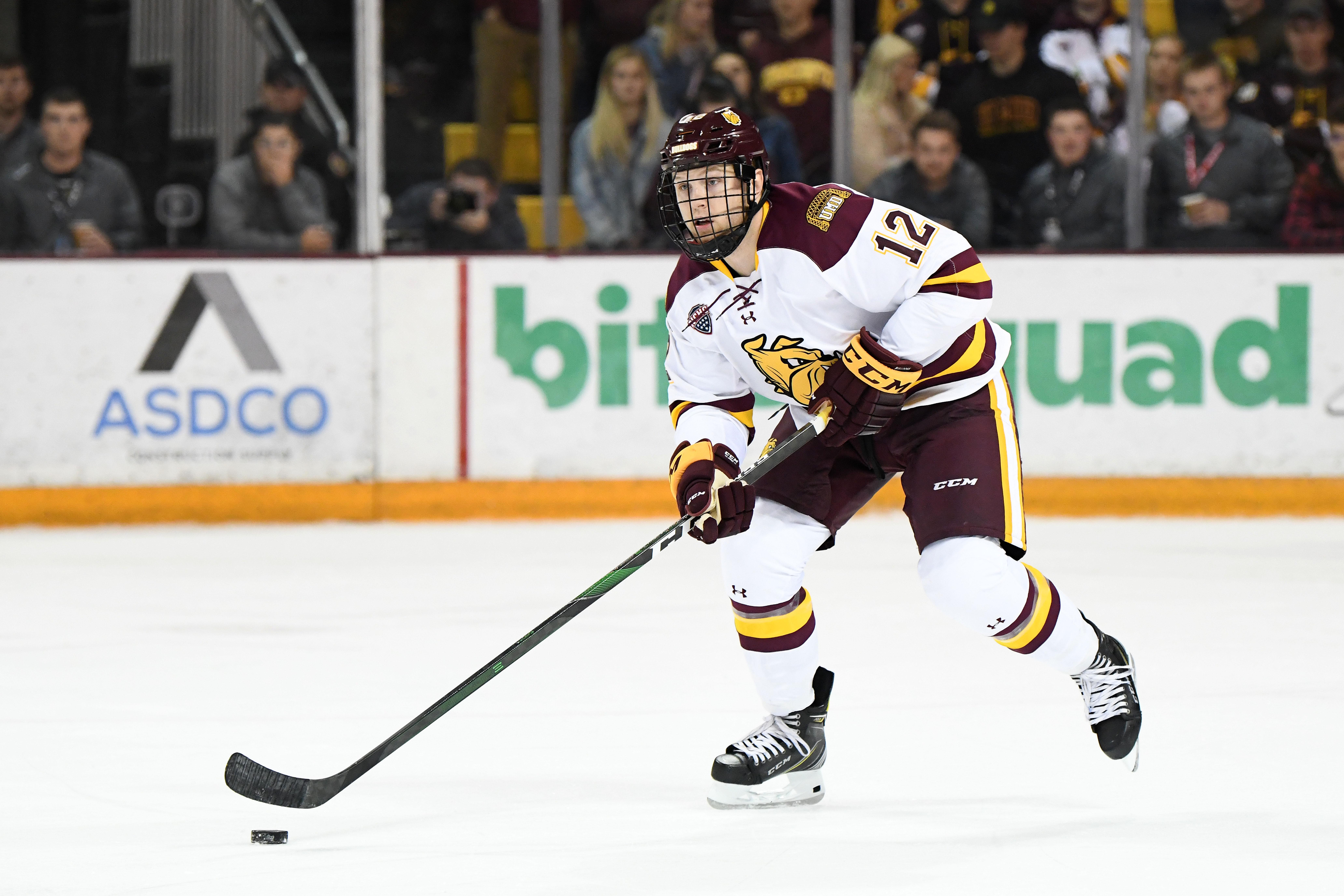 UMD senior defenseman Jarod Hilderman played in 32 games this season after playing in only 35 games combined his first three seasons.