Over the last two weeks, fans have voted in the 2020 NCHC Play of the Year Tournament, presented by TRIA Orthopaedic Center, and for the fourth time in conference history, North Dakota is home to the winning play. UND junior forward Jordan Kawaguchi's goal from week 13 was revealed as the 2019-20 Play of the Year, as selected by fans.

In the NCHC Play of the Year, Kawaguchi corrals a loose puck behind the goal line and goes between the legs for a highlight reel goal, on Saturday, Jan. 4.

Video of Kawaguchi's goal is below, while the entire bracket can be seen at the bottom of the page. 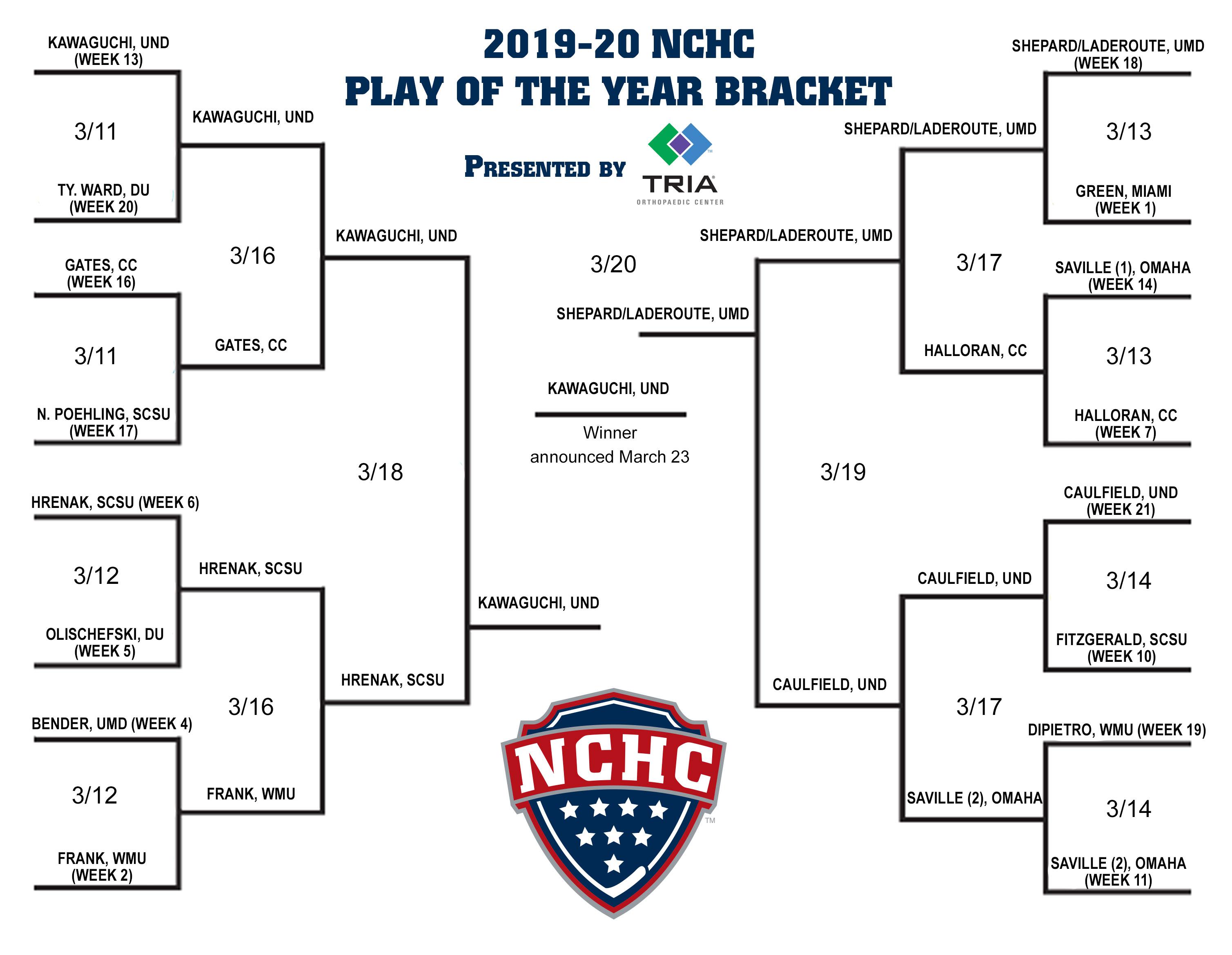