We're down to the championship match-up in the 2020 NCHC Play of the Year Tournament, presented by TRIA Orthopaedic Center, with fan voting now available for the final match-up.

In the championship, North Dakota's Jordan Kawaguchi corrals a loose puck behind the goal line and goes between the legs for a highlight reel goal in week 13, while the UMD duo of Hunter Shepard and Tanner Laderoute team up for a 200-foot sequence that you just have to see to believe in week 18.

Winning our second semifinal Thursday was Shepard/Laderoute. They defeated a tic-tac-toe play by UND that was finished by Judd Caulfield and just squeezed out the victory with 56 percent of the vote.

Video of the final match-up is below with the poll to vote below the video. Voting will remain open until early afternoon of Monday March 23 with the Play of the Year being revealed later that same day at 5 p.m. ET. The entire bracket can be seen at the bottom of the page. 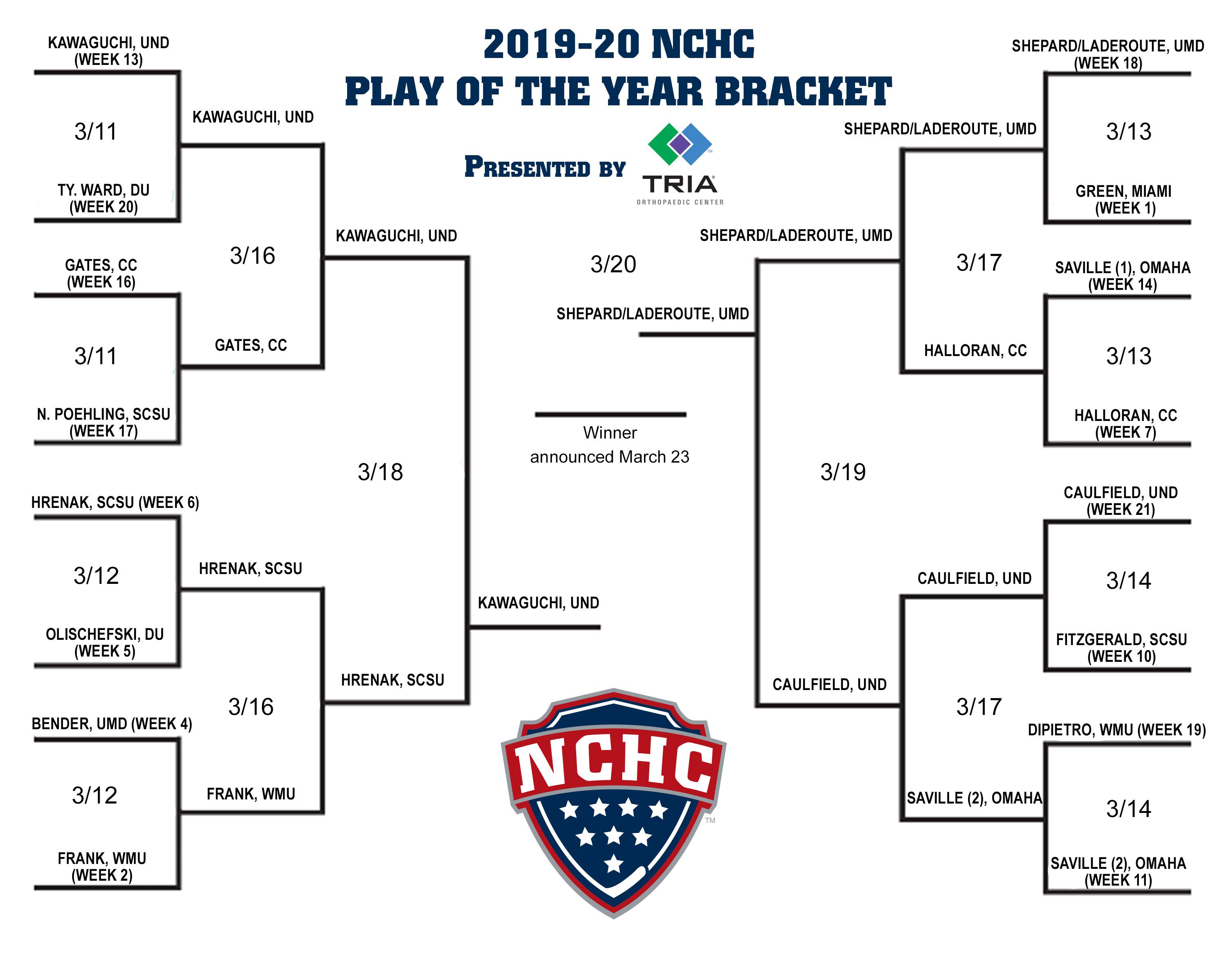 The #NCHCHockey Player of the Year & @HobeyBakerAward finalists were each named First ⭐️ of the Game 4⃣ times in co… https://t.co/BABBkpznaG