Our second semifinal takes place on day 8 of the 2020 NCHC Play of the Year Tournament, presented by TRIA Orthopaedic Center, with fan voting now available for the match-up.

In the second semifinal Thursday, UMD's Hunter Shepard and Tanner Laderoute team up for a 200-foot sequence that you just have to see to believe in week 18, while UND freshman Judd Caulfield finishes a nice tic-tac-toe goal after a quick zone entry against Western Michigan in week 21.

Winning our first semifinal Wednesday was North Dakota NCHC Player of the Year finalist Jordan Kawaguchi. His between the legs goal took care of business taking 78 percent of the vote over SCSU's David Hrenak. The winner of today's semifinal will meet Kawaguchi in the Play of the Year final on Friday, March 20.

Video of Thursday's match-up is below with the poll to vote below the video. Voting will remain open until Friday afternoon, when the championship match-up will be posted. The entire bracket can be seen at the bottom of the page. 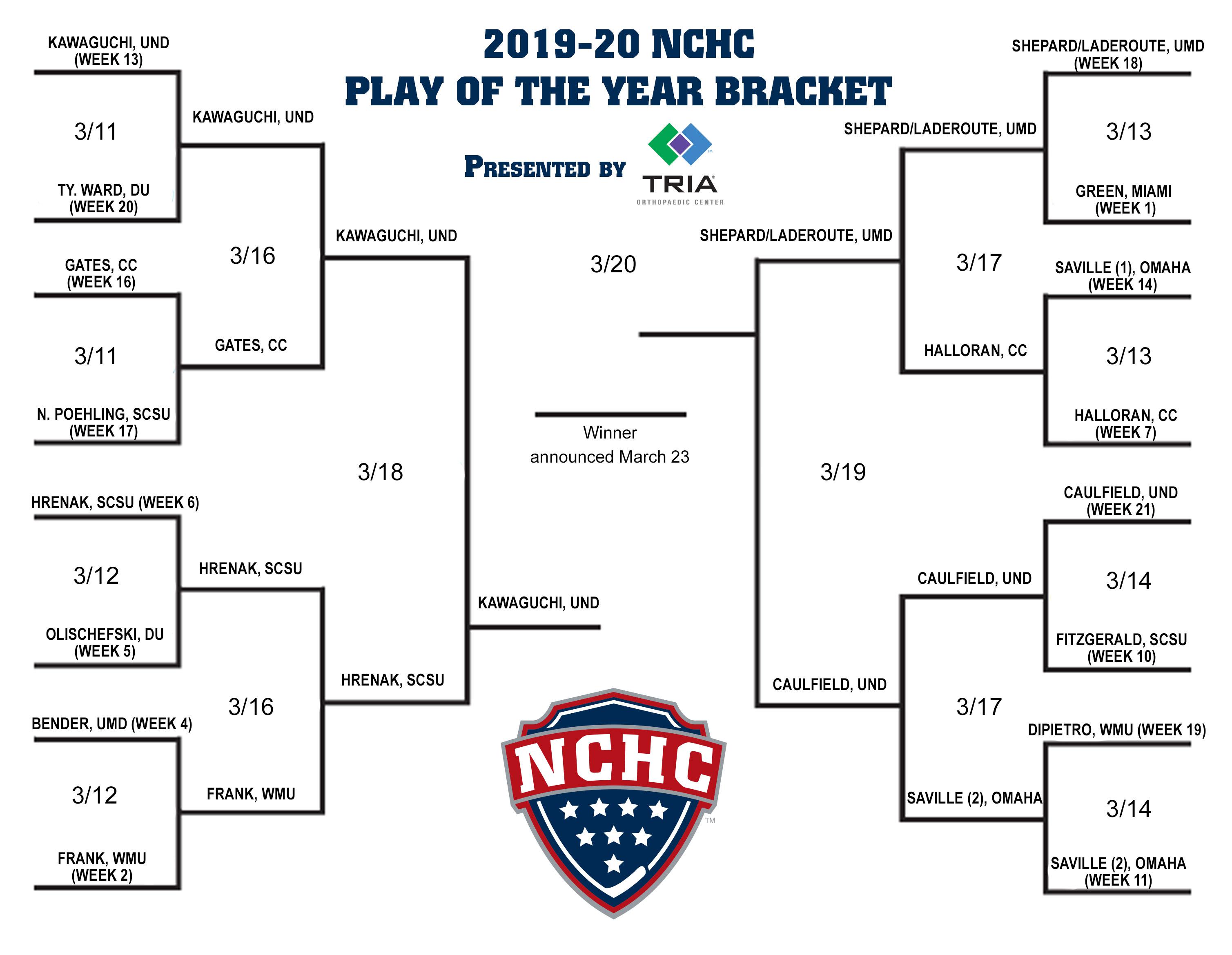