We enter the semifinals on day seven of the 2020 NCHC Play of the Year Tournament, presented by TRIA Orthopaedic Center, with the first semifinal match-up available for fan voting.

In the first semifinal, North Dakota Top-10 Hobey Baker finalist Jordan Kawaguchi corrals a loose puck behind the goal line and goes between the legs for a highlight reel goal in week 13, while St. Cloud State goaltender David Hrenak makes an absolute robbery of a glove save on a wide open net against Northern Michigan in week 6.

Winning our last two quarterfinals on Tuesday was the UMD duo of Hunter Shepard/Tanner Laderoute and UND's Judd Caulfield. Shepard/Laderoute bested CC's Nick Halloran with 55 percent of the vote, while Caulfield got past Omaha's Isaiah Saville with 68 percent. Shepard/Laderoute will meet Caulfield in the second semifinal on March 19.

Video of Wednesday's match-up is below with the poll to vote below the video. Voting will remain open until Thursday afternoon, when the second semifinal is posted and today's winner is announced. The winner of today's match-up will advance to the championship match-up on March 20. The entire bracket can be seen at the bottom of the page. 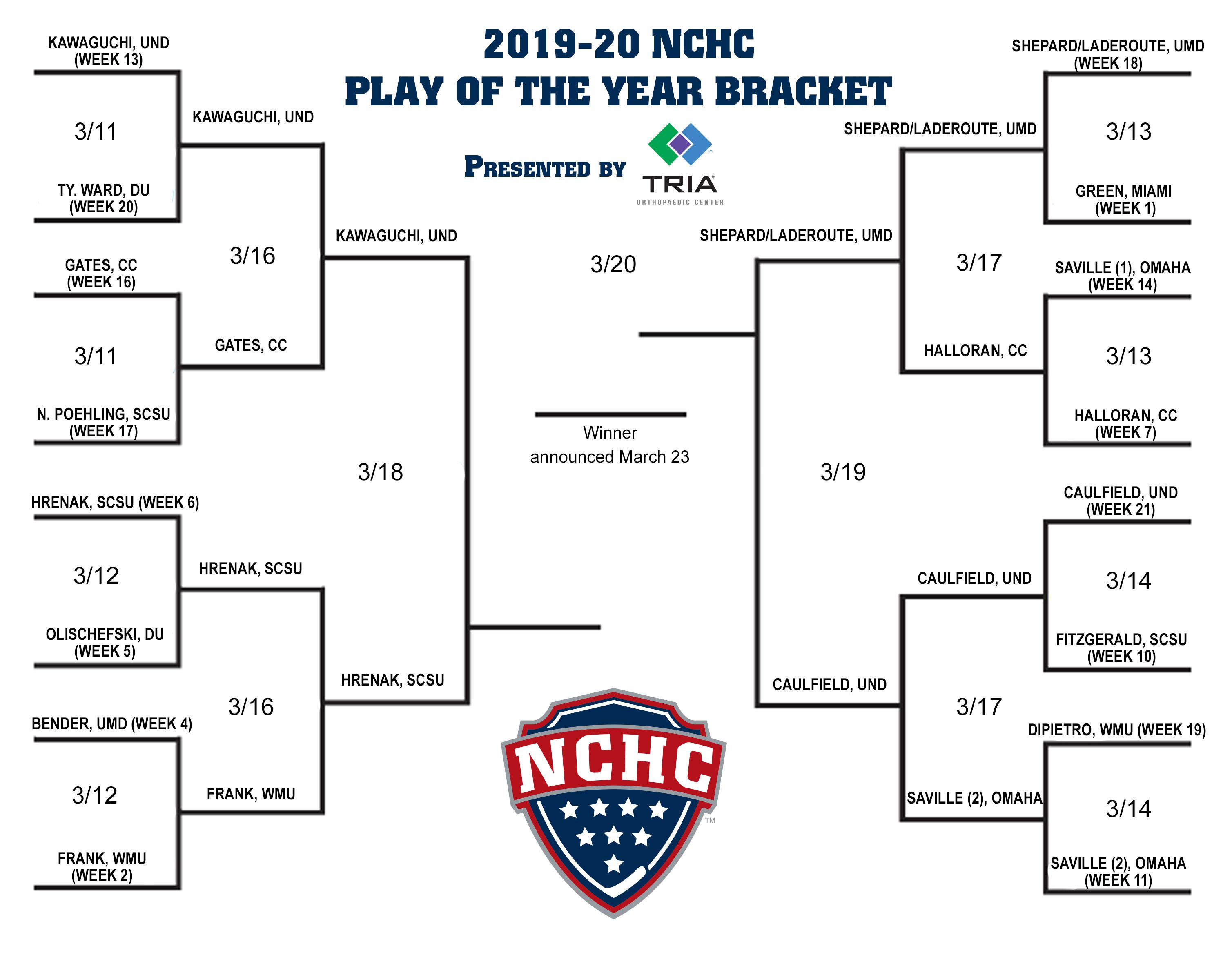 RT @benholdenpxp: No Holden Back Episode: 21 Robby Jackson, Off The Ice https://t.co/gqkNfxKrsH via @YouTube We talk w/ @RobbyJackson23 ,…

RT @collegehockey: Some Friday fun with numbers: check out the schools with the most Hobey Baker Award finalists and how they've changed ov…