We enter the quarterfinals on day five of the 2020 NCHC Play of the Year Tournament, presented by TRIA Orthopaedic Center, with the first two quarterfinal match-ups available for fan voting.

In the first quarterfinal, North Dakota forward Jordan Kawaguchi corrals a loose puck behind the goal line and goes between the legs for a highlight reel goal in week 13, while Colorado College forward Jack Gates flips on the jets to beat an Omaha defender to score a shorthanded goal while being tripped in week 16.

In the second quarterfinal, St. Cloud State goaltender David Hrenak makes an absolute robbery of a glove save on a wide open net against Northern Michigan in week 6, while Western Michigan forward Ethen Frank receives a deep pass and puts a Bowling Green defenseman through the spin cycle for a backhand goal in week 2.

Videos of both of Monday's match-ups are below with the poll to vote below each video. Voting will remain open until Tuesday morning, when the last two quarterfinal match-ups are posted and today's winners are announced. The winners of today's match-ups will meet in the first semifinal on March 18. The entire bracket can be seen at the bottom of the page. 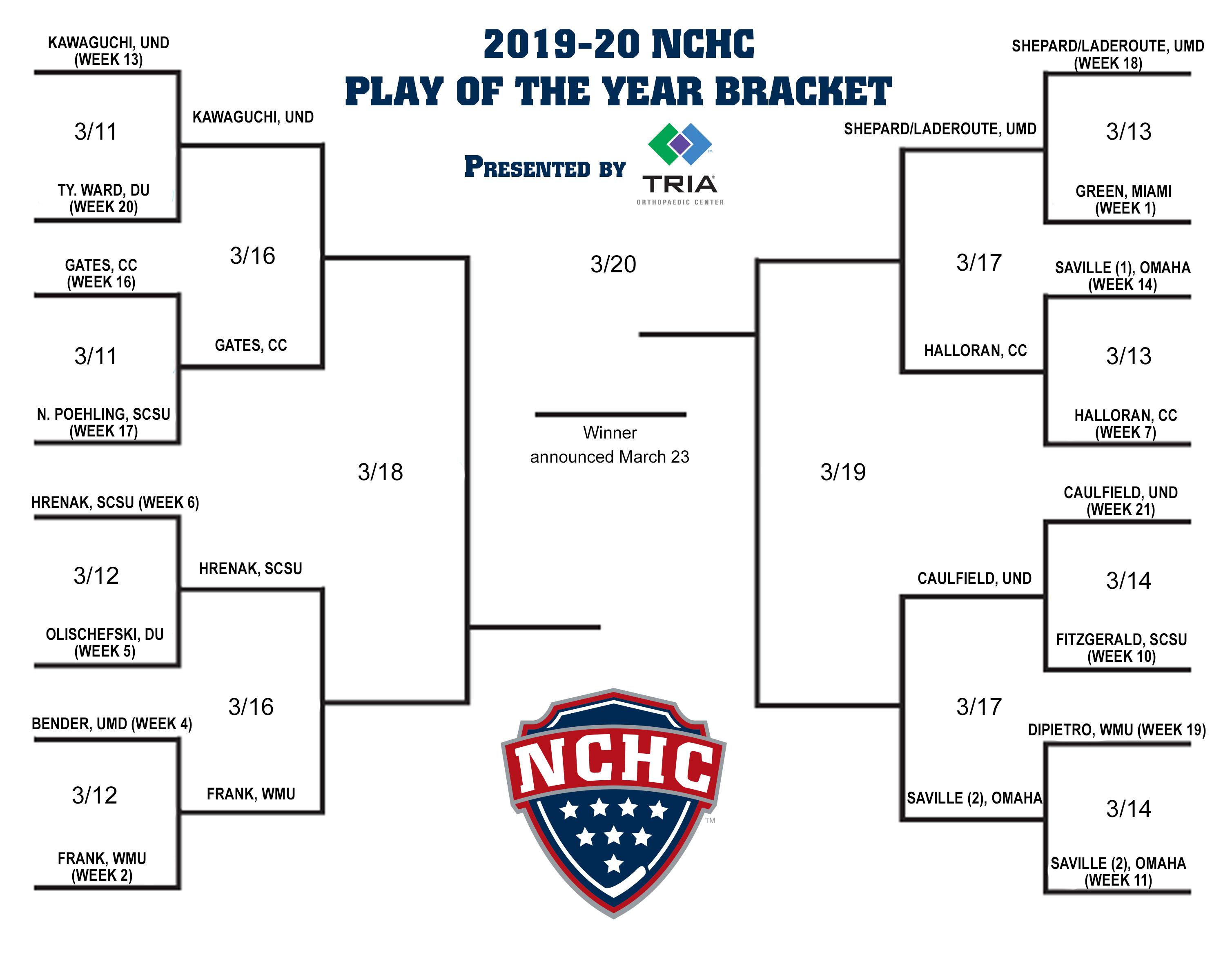