On day three of the 2020 NCHC Play of the Year Tournament, presented by TRIA Orthopaedic Center, our third set of first-round match-ups are available for fan voting.

In the first match-up, Minnesota Duluth's Hunter Shepard and Tanner Laderoute team up for a 200-foot sequence that you just have to see to believe in week 18, while Miami forward and captain Gordie Green dangles a Bowling Green defenseman then goes 5-hole to take a second period lead in week 1.

In the other first-round match-up Friday, Colorado College's Nick Halloran cuts to the middle of the ice, puts a St. Cloud State defenseman through the spin-cycle then sends a backhand shot top shelf in week 14 at St. Cloud, while netminder Isaiah Saville makes not one but two back-to-back big saves against North Dakota in week 14.

Winning our two match-ups from Thursday was a big time save from SCSU goaltender David Hrenak and Western Michigan's Ethen Frank. Hrenak topped Denver's Kohen Olischefski with 75 percent of the vote, while Frank toppled UMD's Koby Bender with 73 percent of the vote. Hrenak and Frank meet in a quarterfinal on March 16.

Videos of both of Friday's match-ups are below with the poll to vote below each video. Voting will remain open until Saturday evening, when the next two first-round match-ups are posted and today's winners are announced. The winners of today's match-ups will meet in the third quarterfinal on March 17. The entire bracket can be seen at the bottom of the page. 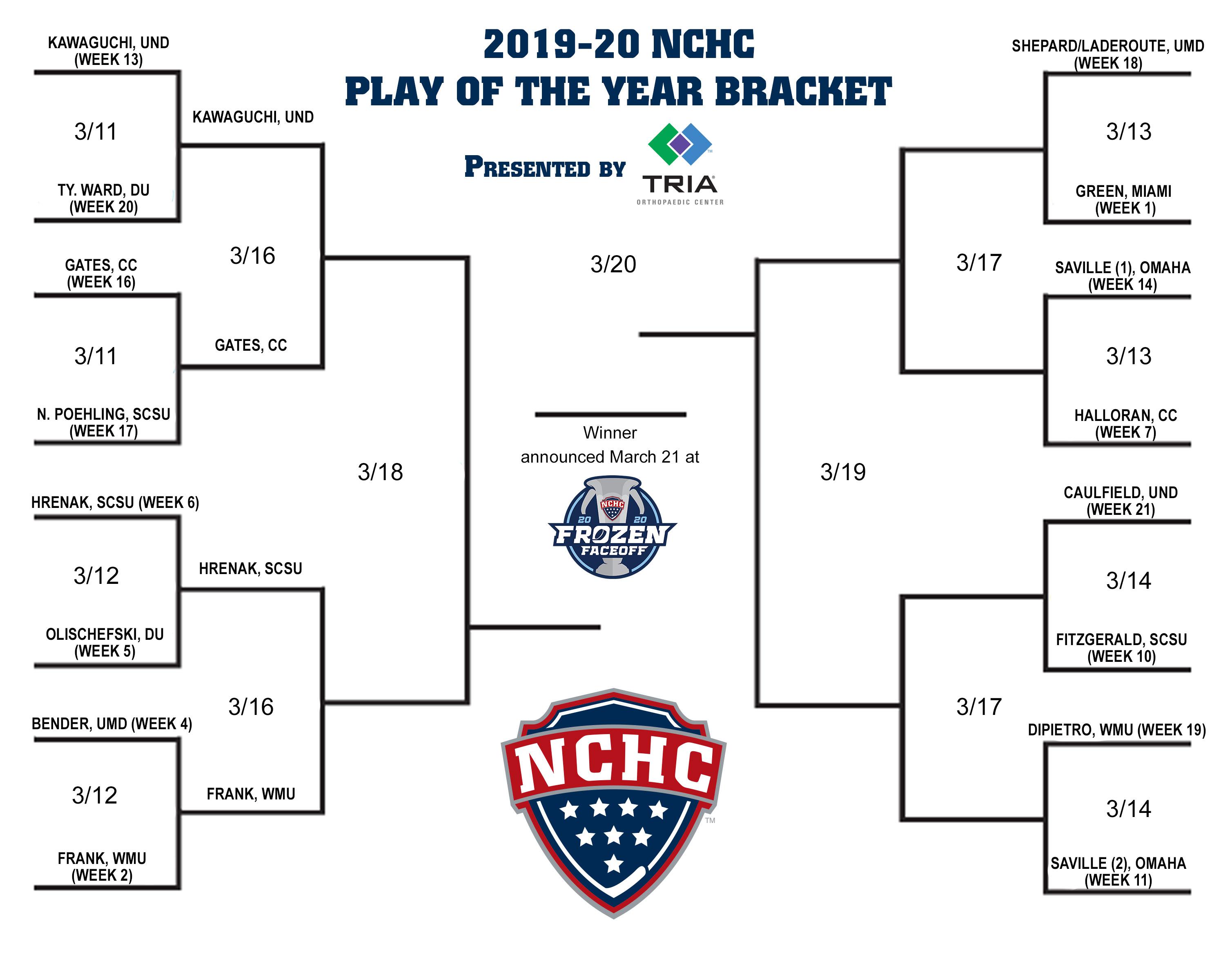