After two road teams earned big wins Friday, home teams went unbeaten on Saturday (3-0-1), with fifth-ranked Denver the lone NCHC team to finish a sweep. The Pioneers topped St. Cloud State, 5-3, jumping out to a 4-0 lead, all in the second period, and holding off a Huskies rally to finish the series sweep.

The final game of the night saw Western Michigan and No. 9/9 Minnesota Duluth play to a 3-3 overtime tie with UMD striking twice in the third period to rally at home for the draw. WMU then scored in the second round of the shootout to earn the extra point in the standings.

UP NEXT
All eight NCHC teams continue conference play next weekend. Top-ranked North Dakota travels to Ohio for two games at Miami, with Friday’s opener on national TV on CBS Sports Network. In-state rivals collide when No. 9/9 Minnesota Duluth makes the short drive south to St. Cloud for a pair with the Huskies.

In the other two series, No. 5/5 Denver heads to Omaha for two games with the Mavericks and Colorado College flies east to Kalamazoo for a pair with Western Michigan in a rematch of last year’s NCHC Quarterfinal series.

Seven of eight games next weekend can be seen on NCHC.tv, with all but Friday’s UND at Miami game on CBS Sports Network, available. 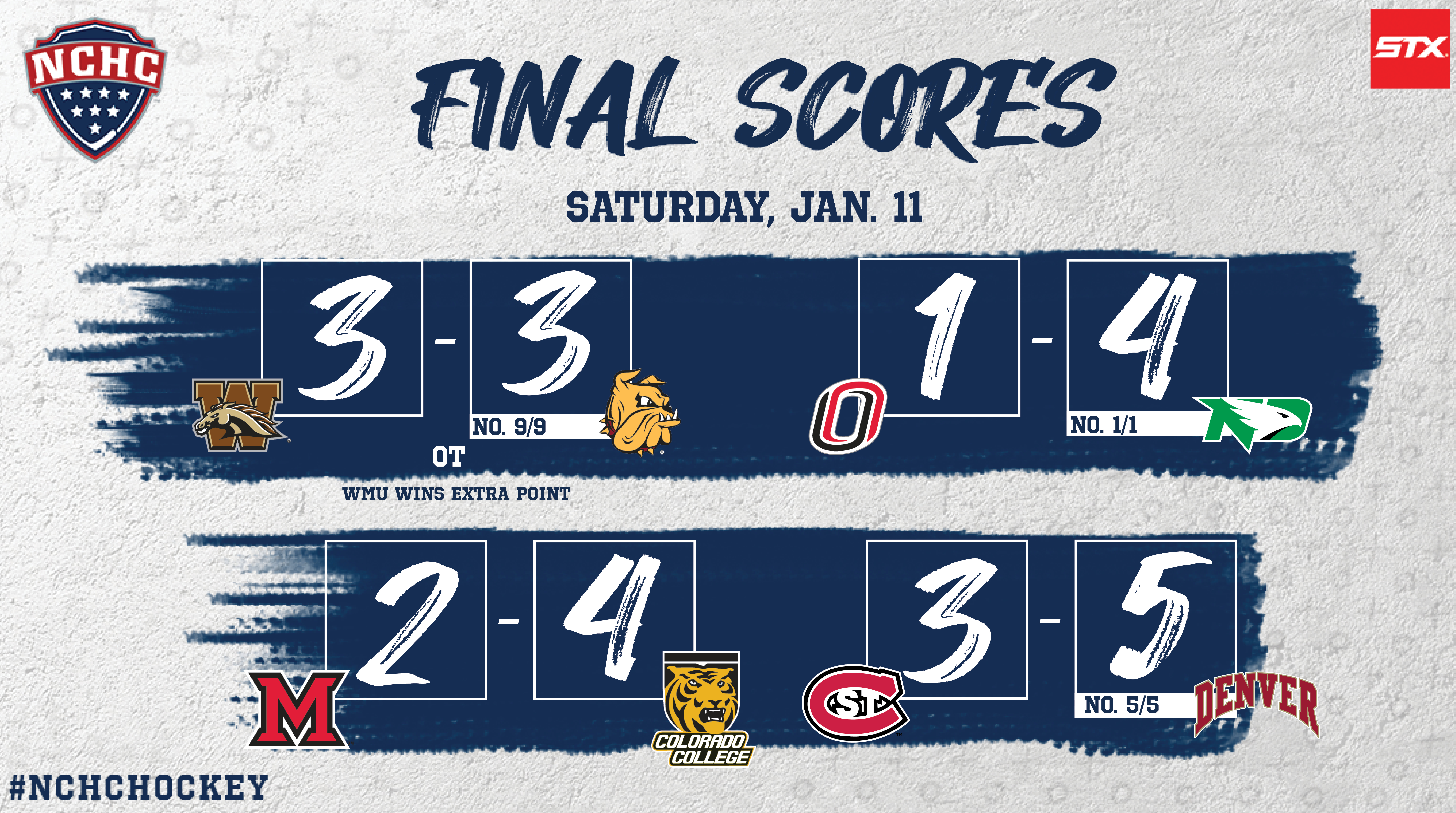