On the first night of conference play in 2020, the offenses were on full display as all four winning teams Friday night scored six goals, with three of the four NCHC match-ups resulting in 6-3 scores. Two home teams won and two road teams won, including Omaha upsetting top-ranked North Dakota, 6-3, in Grand Forks. The Mavericks scored twice in each period, adding two empty-netters in third, to hold off UND and end their 15-game unbeaten streak, nine-game win streak and 13-game home winning streak. The other road team to win Friday was Miami, which poured in a season-high six goals in a 6-1 victory at Colorado College, as the RedHawks have now won back-to-back NCAA games for the first time this season.

Both home teams that won Friday pushed their win streaks to five games, with No. 5/5 Denver topping St. Cloud State and No. 9/9 Minnesota Duluth doubling up Western Michigan both by 6-3 scores. The Bulldogs moved within one point of first-place UND with Friday’s results.

UP NEXT
All four series conclude Saturday night, with all four games available on NCHC.tv. The Omaha-UND, WMU-UMD and Miami-CC games all start at 7:07 p.m. CT/6:07 p.m. MT, while the SCSU-Denver series finale starts an hour later. 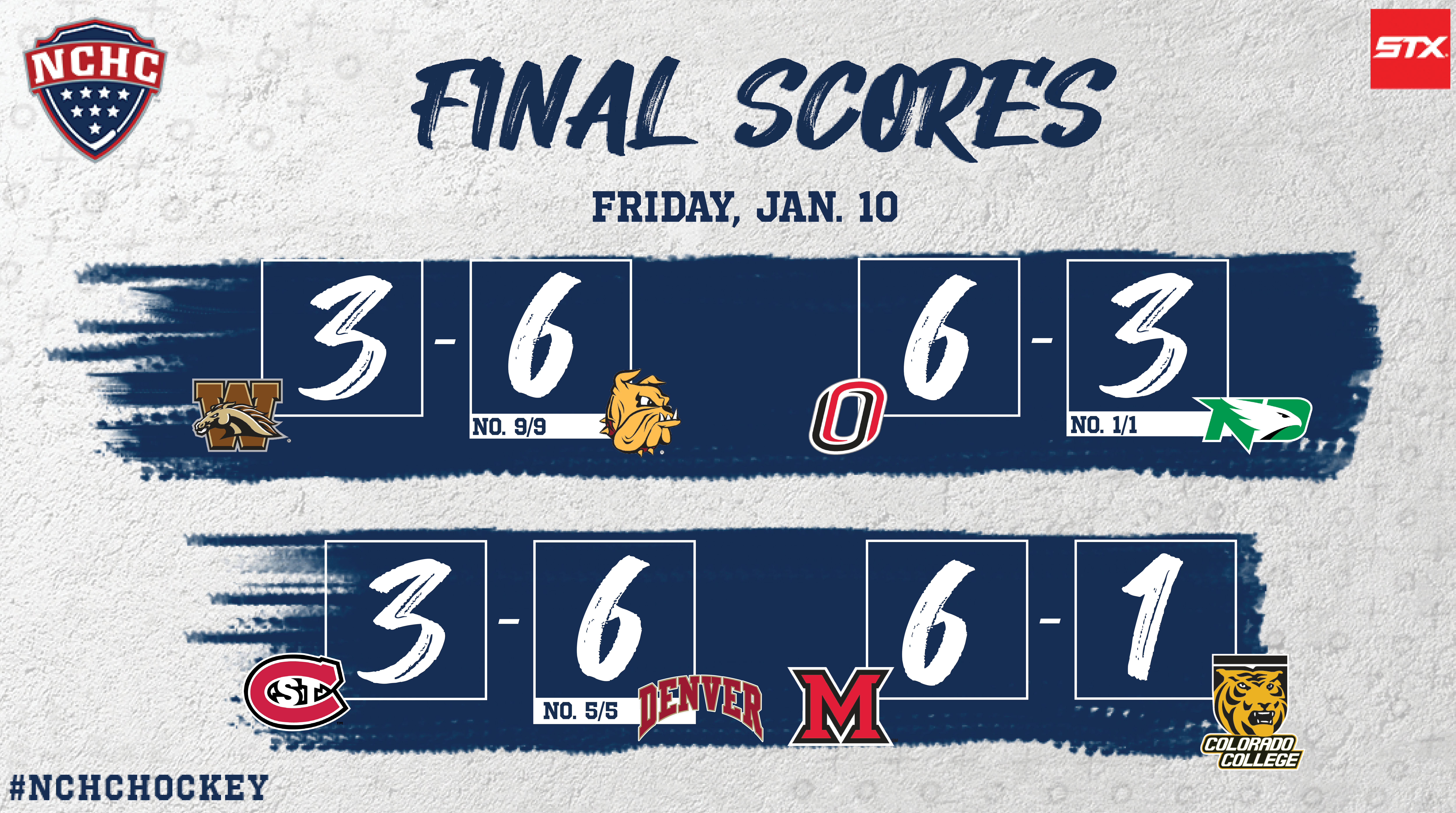