Luke Bafia: Up in the Air

In the second of a unique series of stories showcasing NCHC coaches, players and alumni from a first-person perspective, Western Michigan senior defenseman Luke Bafia writes about his passion for aviation, becoming a future pilot and how it all started playing youth hockey in Florida.

KALAMAZOO, Mich. - There’s really nothing quite like flying a plane.

You’re sitting in the cockpit; all your instruction is in the back of your mind while you cruise above the land below. It’s a special feeling that I am lucky enough to say might be my future job.

While I am a hockey player at Western Michigan, I’m also pursuing a degree in aviation, something I’ve been fascinated with since I was a kid.

Thanks to this university and program, I’m well on my way to becoming a pilot, all while chasing my dream of playing professional hockey.

I initially got into flying because of hockey actually, which I think is pretty cool. However, something I didn’t find out until later is that I always had the drive to fly in my blood…

I was born in Pennsylvania, but grew up in Florida, which made playing hockey quite difficult. You see, there aren’t that many places to play competitive hockey in Florida.

Fortunately, I got to know a kid whose dad was on the Tampa Bay Lightning. And he established a traveling team that played all around the country.

It was perfect. Not only because this team allowed me to keep playing competitive hockey, but it got me interested in something new - flying.

We would travel to places across the United States.

The long plane rides were never a burden for me. Quite the opposite, actually.

I became intrigued by the whole process. The takeoff, the landing, just being up in the clouds got me curious about possibly flying myself.

Around that time, I bought a flight simulator that was supposed to put you in the pilot’s seat. Looking back, it’s funny how completely off it was from the real thing! But, that just shows how serious I was about this even at the age of 12 or 13.

As I continued to dive deeper and deeper into aviation, I actually made a discovery about my own family’s history. My dad actually tried to get into the Air Force. He passed all his tests but failed the color blindness exam.

Learning about my dad’s ambitions was pretty cool to me. I never knew that, but it made me realize that this dream kind of ran in the family.

With that in mind, I went to Western Michigan, yes, for hockey, but also because it gave me an opportunity to study the actual flying process.

As a senior, I’m already pretty far into my progression of being a full-on pilot.

I’ve already received my private license. The next step is instrument training. Basically, what that means is that right now, I can take myself up in a plane, but can’t be paid for it. Eventually, I’ll get my commercial license and my airline transport pilot (ATP) certificate. Then, I’ll be able to fly for an airline and make money from it.

As part of the learning process, I’ve been able to take some people up in the air with me. And yes, even some of my teammates.

It’s pretty cool to expose them to my life. And it’s neat for them, too. After all, they get a feel for what it’s like to sit up in the cockpit and just sort of experience that intimate flight.

My favorite moment actually was when I took a teammate on a night flight to Detroit. We had the chance to come in behind a huge airline. It was just an unforgettable thing to be up there with the big plane right in front of us. And the experience was even better because I got to share it with a good friend of mine. That’s what it’s all about, right?

One person though I can’t seem to convince to fly with me is my coach (Andy Murray).

“I’m not sure how I feel about you taking guys on these flights. I know I wouldn’t go up with ya.”

He’s kidding, I believe, but either way, it’s a great feeling to bond with my team over something other than hockey, as well.

Playing hockey at Western Michigan has been such a thrill. I competed in several junior and developmental leagues, so, I initially thought I’d have a good footing going into college hockey. While I’m grateful for my hockey background, it’s nothing compared to what I’m experiencing now.

The competition in the NCHC is unreal. You’re playing against men. Every series is a new battle and it just sharpens you as a hockey player. Your skill, toughness, and IQ are put to the test every time you hit the ice.

Unfortunately, this is my last season for the Broncos, which means I have to think more seriously about my future. While I am focusing on having the best senior season I can, I do know there needs to be a plan moving forward.

Ideally, I want to play hockey for as long as I can. I love to fly, but hockey was my first passion. I’ve been on the ice since I was a little boy and it’s been a life-long dream to go pro. That’s what I’m working towards now – to play pro somewhere after college.

But, as you can imagine after I talked about flying for the majority of this story, I will definitely pursue my commercial license as well. And having my own plane one day is also a big dream of mine.

So, who knows what happens after I’m done playing hockey. For now, I don’t even know when “after hockey” is.

All I know is that I feel very fortunate to have both hockey and aviation play such big roles in my life. These two things bring me so much joy, and hopefully, I’ll find a future path that allows me to experience both.

Even if the details are still up in the air, I can’t wait to see what’s next. I’m ready for take-off! 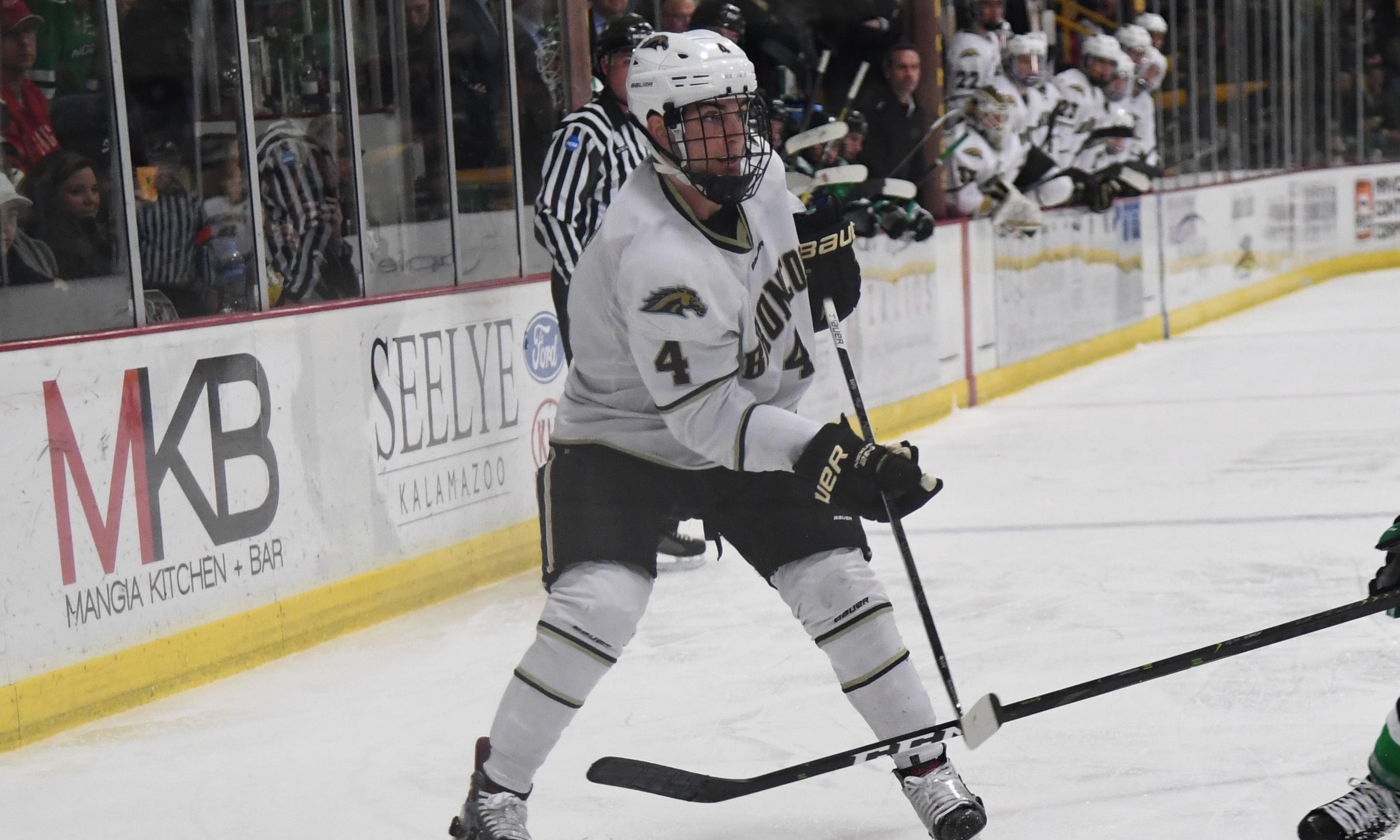 Senior assistant captain Luke Bafia is an aviation major from Florida, who grew up flying to youth hockey tournaments.