There was no home-ice advantage to be found Saturday night, as all three NCHC conference series were swept by the road team, while both NCHC teams in non-conference action earned results on the road, as well, in their series finales. After third-ranked North Dakota and No. 17 Western Michigan played 60 minutes of scoreless hockey Friday, the two combined for 10 goals Saturday with UND potting eight of those for an 8-2 victory to extend its win streak to seven games and unbeaten streak to 13 games. No. 14/14 Minnesota Duluth scored both ways on special teams, then held off No. 18 Omaha for a 4-3 win and sweep at Baxter Arena. In the final conference series of the weekend, St. Cloud State pulled away from Miami behind a three-goal third period for a 5-3 win to cap a sweep in Oxford.

In non-conference action, senior forward Chris Wilkie scored both goals for Colorado College, including the game-winner only 19 seconds into overtime, to lift CC to a 2-1 win at Princeton and a sweep in the battle of the Tigers. Out in the desert, No. 4/4 Denver received two goals from sophomore forward Cole Guttman, including the tying goal in the final minute of regulation with an extra attacker, to lead DU to a 2-2 comeback tie at No. 20 Arizona State.

UP NEXT
Next weekend two conference series are on the slate, while four NCHC teams (Miami, UMD, UND and WMU) are finished for the first half of the season. The Gold Pan rivalry gets underway Friday with Colorado College visiting No. 4/4 Denver, before the teams head to Colorado Springs to finish their home-and-home series on Saturday. Elsewhere, No. 18 Omaha travels north for a pair at St. Cloud State in NCHC action. All four games next weekend can be seen on NCHC.tv. 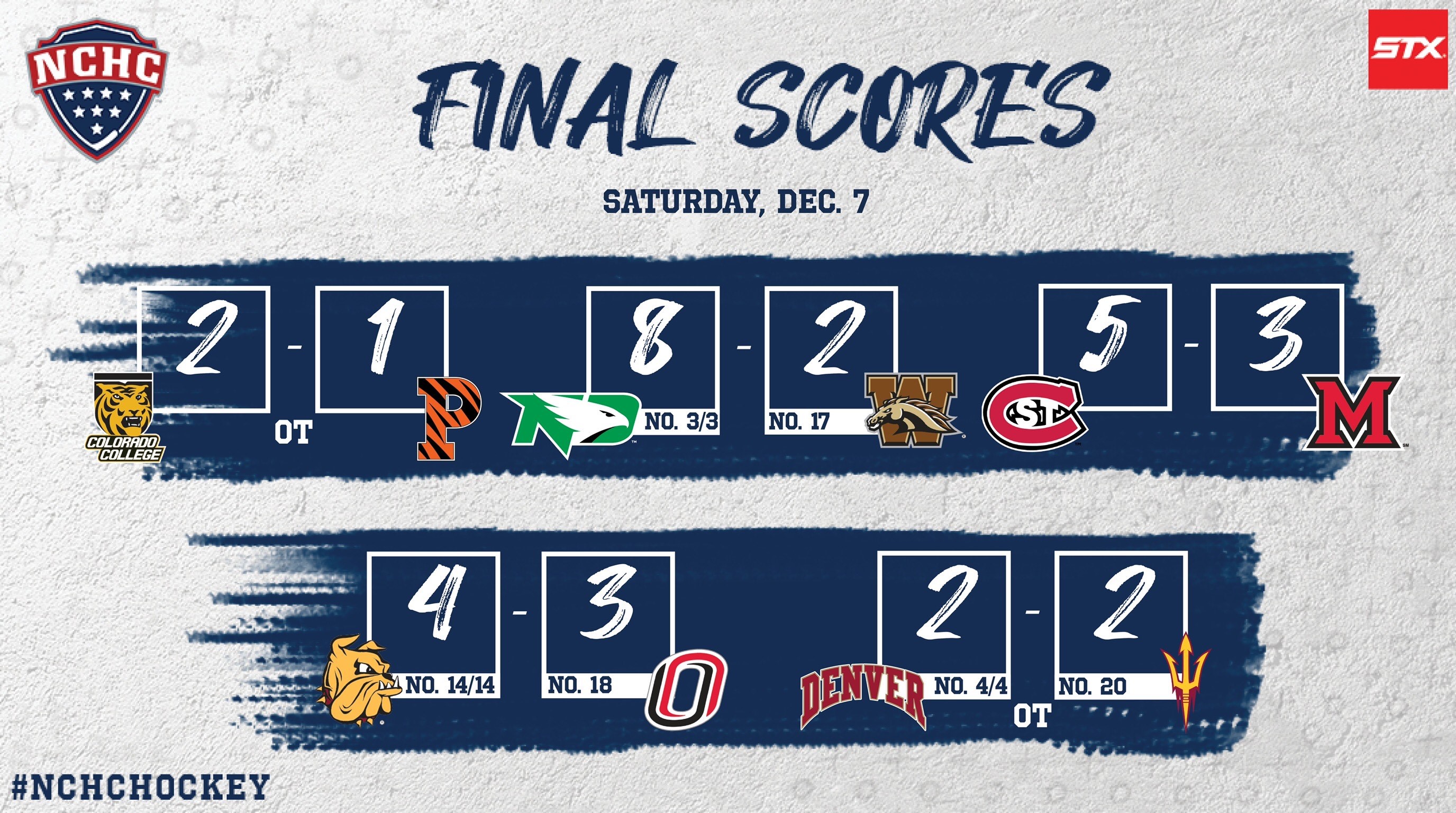