OMAHA, Neb. - There’s a word surrounding the University of Nebraska Omaha hockey team that can’t be found in the Merriam-Webster Dictionary. The word is “high-character.” The quality coined by Omaha head coach Mike Gabinet is an entry-level requirement for all who wear the Omaha jersey. And if the Greek saying, "character is destiny," proves true, the Mavericks are setting themselves up for glory.

Like a perfect formula, Gabinet knows the exact makeup and type of player the program needs. A concoction of high-character, leadership, work ethic, willingness to learn, and the ability to embrace adversity all wrapped in a competitive spirit.

“When you have high-character guys, and they’re really hungry to get better, these are the kind of guys that want to be coached. They want more information, and they lean in when you’re coaching them and when you combine that with work ethic and the right environment, the guys are going to keep getting better,” Gabinet described.

How does a coach learn the true nature of a player’s character? Well, they do some homework.

“You ask a lot of questions and really get to know the player and follow up with people and use your resources that surround the player, whether it’s through your academic connections or past coaches or past players. Hockey is a small world. You can usually figure out information on players when you ask enough people,” Gabinet said.

“When you start getting your recruiting going a little bit, you start attracting like-minded people too. It’s nice to find guys who want to be hockey players, they want to get better, and they want to be good people. Those are the people you want to be around,” he added.

This year’s Mavericks roster boasts 12 freshmen, including four defensemen, five forwards, and three goaltenders, and is the largest rookie group at Omaha since the team’s inaugural season in 1997-1998.

“I’m really excited about this 12 group of freshmen. I think they’re going to be a real foundation piece for us moving forward,” Gabinet said early in his third season at the helm of his alma mater. “They have great attitudes and show good work ethic, and it’s been exciting to watch them improve from day one to where they’re at now.”

For two of the 12 rookies, goaltender Isaiah Saville and forward Joey Abate, the idea of lacing up for the Mavericks was a no-brainer.

“It’s not very hard to sell. We have a lot of high-character guys, and I think that’s what Coach Gabinet really focused on when recruiting us, and we have a lot of leaders. So yeah, we have 12 freshmen, but we don’t look at it that way,” said Abate of Bloomingdale, Ill.

“A school could have all the best facilities and be ranked and all that, but it really comes down to how you feel when you are on campus. If you feel accepted, if you feel wanted at the school and on the team,” Saville said. “When I came to Omaha and talked to Coach, he really made me feel like I’m wanted here, and throughout the whole process, it just felt like the right place to be.”

Gabinet described Saville and Abate as workers and learners who come into the rink every day with enthusiasm and a positive attitude.

“The work is non-negotiable if you want to get better at something. When you have that enthusiasm, that positive attitude, I think that makes it enjoyable for everybody to be around and it’s contagious as well. Those guys are a great example of that,” Gabinet said.

The Mavericks are off to a 3-1-0 start this season after collecting an impressive win at then-No. 12 Ohio State two weeks ago. Saville made 61 saves during the weekend, while Abate scored the game-winning goal to earn the 2-1 win in the series finale.

“It was an unbelievable feeling,” Abate said. “We knew coming in how we were going to play. We’ve been practicing so hard, and we’ve been here since June, focusing on really getting better as a team, and I thought it was a huge win to show each other what we could do when we’re playing for each other.”

The entire Omaha squad spent the summer together, practicing, working out, taking classes, and most importantly, getting to know one another.

“Being some of the only people on campus, we were with each other every single day, which got us to become pretty close before the season started. I’d credit that, it was a good call by Coach Gabinet to bring us in early and get the connection going sooner rather than later,” Saville said.

“We worked out, we skated, we’re building that chemistry and after, we get to hang out and be kids and get to know one another. So, when school started, and real practice and workouts started, we already put a six-week session in of hard work and getting to know each other, and that made it an easy transition onto the ice,” Abate said.

This summer, in particular, proved to be a rather busy and life-altering one for Saville, who was drafted in the 5th round, No. 135 overall by the Vegas Golden Knights in the 2019 NHL Entry Draft.

“We threw a little draft party with all of my family and closest friends. It was a really cool experience, and that whole day felt like a dream. It was all a shock, and I can’t even really remember what I was thinking in the moment,” Saville recalled.

Saville said one of his top hockey experiences was braving the summer desert heat for the Golden Knights development camp. In Vegas, he met potential future teammates and practiced with their goalie coaches in his continued development toward the ultimate dream: to be an NHL goaltender.

With four games and a bye under their belt, further development and growth is of the utmost importance for the Mavericks.

“I’m really impressed with our group because everybody is improving. Whether that’s a first-year player coming in or if it’s a returning player. Some of our top (returning) guys, they’ve really grown their game in this last year and especially this season, taking steps in the next right direction to be an elite player in this conference,” Gabinet said.

While the coach teaches new systems and refines techniques, the upperclassmen drive home and encourage the qualities that Gabinet and his coaching staff recruited.

“All of our upperclassmen, especially captain Dean Stewart, really helped all of us freshmen come together, and he’s paved the way and showed us what’s expected at UNO," said Saville. "Starting as a freshman, you see that captain, that role model, that leader and it’s infectious."

This week, Omaha traveled to Saville’s hometown of Anchorage, Alaska, to drop the puck against Alaska Anchorage on Oct. 31-Nov. 1.

“I definitely had this weekend circled on my calendar. It’s going to be an incredible experience playing back in my hometown against my hometown team, which I never thought would happen,” Saville said. “We’re going to see a lot of red and black up there instead of gold and green. I’m very much looking forward to it.”

Sure, statistics can be analyzed, rosters and coaching staffs compared endlessly, and personal opinions voiced. Still, when ancient Greek philosophers silence the overthinkers, it's a no-brainer, Omaha Hockey can show a man's character is a man's destiny. 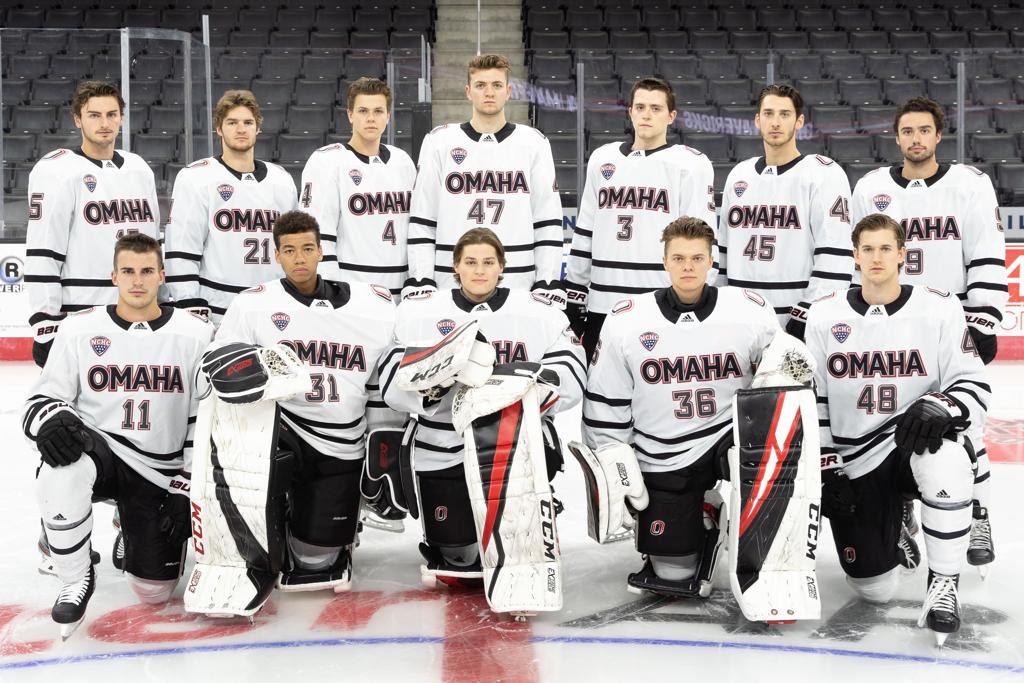 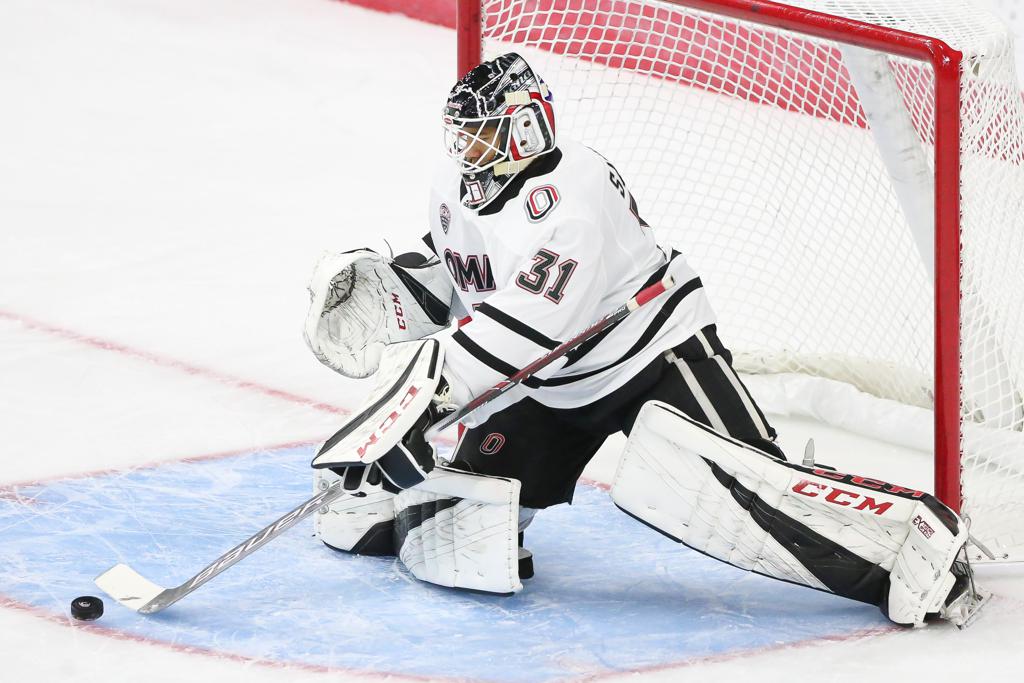 Freshman goaltender Isaiah Saville during one of his first collegiate games. 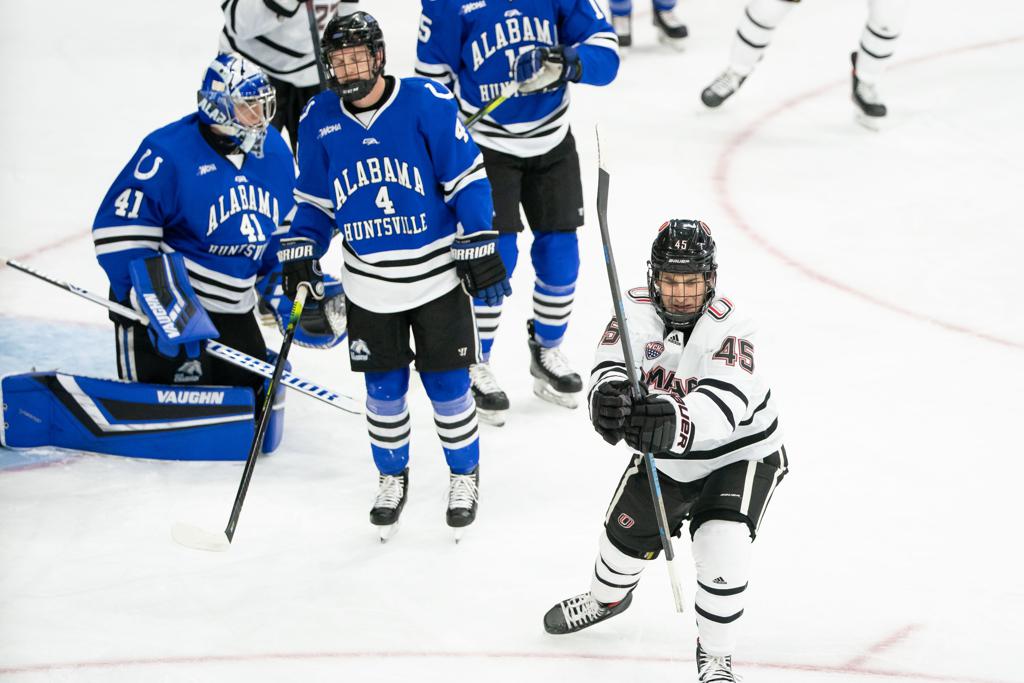 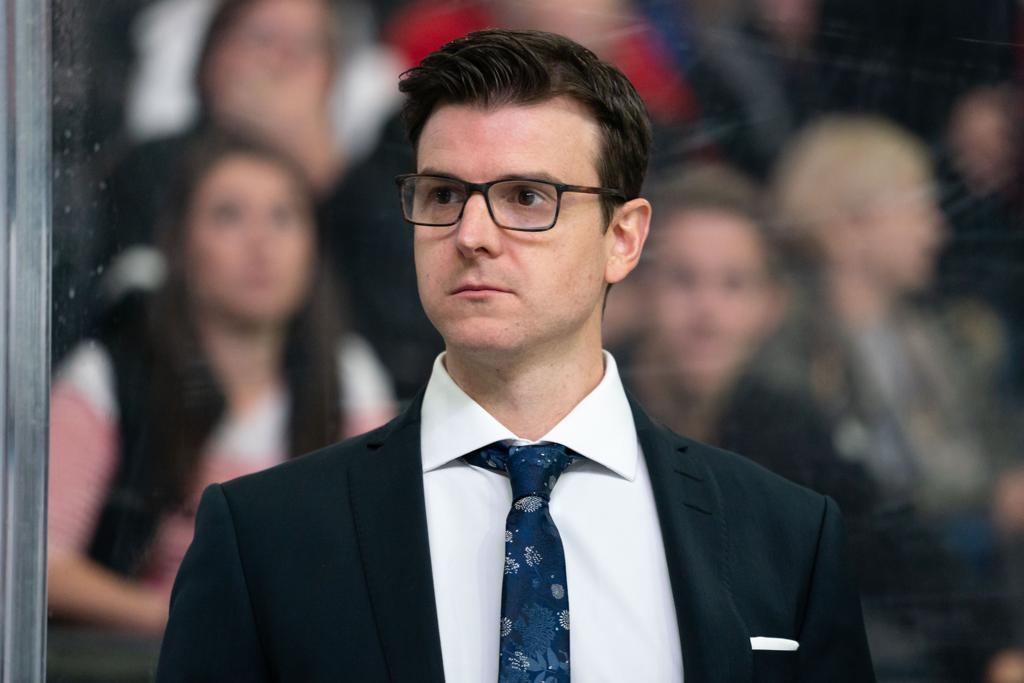 Omaha head coach Mike Gabinet is in his third season behind the Omaha bench.