Around the Globe and Back: A Hockey Player's Journey to St. Cloud State

ST. CLOUD, Minn. - Over a decade ago, a seven-year-old boy in Australia hung a St. Cloud State University hockey jersey on his wall and scrawled “#14 Huskies” on an SCSU cap. If he knew one thing, he wanted to be a hockey player.

Fast-forward 11 years and SCSU freshman forward Zach Okabe will walk into Herb Brooks National Hockey Center on gameday, warm-up with his Huskies teammates, and take the ice as No. 14 on SCSU’s roster.

His story is atypical of the usual ‘born and raised in a hockey town’ mantra that many elite hockey players embody. Yet the Okabe family managed to come full circle to where it all started, as Zach’s dream to be an SCSU hockey player became a reality.

The circle begins and ends with St. Cloud State as Zach’s dad, Bob Okabe, who is Japanese, attended SCSU and played on the club hockey team as a student. Bob met his eventual wife, Maree, an Australian, while on summer break in her home country.

In 2001, Zach was born on one of Japan’s southern islands and spoke only Japanese until he was six. Bob’s family owns and operates a temple, and if the family decided to live in Japan long-term, Zach would be the sole heir to inherit the family business.

When Zach was three, the family left Bob’s home country for Maree’s. Zach’s childhood took place primarily in Australia, where hockey had yet to gain popularity amongst kids.

“Bob came up with the idea of starting a hockey team, but in Australia, at that time, no one had ever really heard of kids playing hockey,” Zach’s mom said. “We went around the rink and any kids who could pretty much just stand up (on skates), we said ‘Hey, do you want to play ice hockey?’”

Bob and Maree bought second-hand gear for a team of kids aged three to eleven. Zach made the cut at three-and-a-half years old. Maree remembered how the team was so bad, opposing teams stopped bringing their goalies to games - there just weren’t any shots on goal that needed to be stopped.

“In Australia, the odds (of being a successful hockey player) are against you. Sometimes I would be limited to ice time, and I’d only be skating like once or twice a week when I really should be out there four times,” Zach recalled.

Without challenging competition and temperatures that destroyed ice conditions, Zach said he relied on a lot of extra training time with his dad off of the ice.

“He taught me everything about hockey, and he loves the game, and he knows a lot about the sport. We practiced everything away from the rink, and once I had the opportunity to get on the ice, we’d take advantage of it,” Zach explained.

Maree described the moment they realized Zach’s hockey career had gone as far as it could in the Australian hockey landscape when Zach, as the captain of the State National Team, was scoring a whopping 150 goals a season.

“Zach’s dream when he was growing up was to play ‘real’ hockey, and I just happened to see in a passing comment on Facebook that there was an opportunity to work in Kentucky and so we sold everything we had to our names and moved to Kentucky so that Zach could play real hockey,” Maree recounted.

“I’m so grateful to my parents,” Zach expressed. “I was young, and I didn’t understand a lot of things and how complicated it would be to move halfway around the world and leave all of our family behind just for me.”

The Okabe family, including Zach’s two sisters, uprooted and moved to Tennessee, and Zach attended school in Kentucky.

“It’s hard leaving family behind. They’re all in either Japan or Australia, but the journey around the world has allowed us to meet a lot of people and some of them have grown to be really close to me,” Zach said. “It’s obviously hard for my mom and my dad, especially to leave their home countries where they both grew up.”

Maree shared the biggest culture shock for Zach occurred in Kentucky, where his classmates couldn’t relate to his after-school hockey schedule and traveling since their small-town experience was limited, and most had never been out of town.

The Okabes moved countries once more to Okotoks, Alberta, and eventually Zach committed to his dad’s alma mater. He’s one of a few Japanese-born players to play college hockey and is believed to be the first college hockey player of Australian descent.

“When we met with our family advisor and went over the offers, and Zach opened the little booklet, St. Cloud popped up, and I think my husband just about passed out because that was his college and we just couldn’t believe it,” Maree said.

“As I’m playing college hockey now it’s just really hitting me how lucky I was. When I told them (parents) that I wanted to play hockey, they believed in me so much they were willing to move around the world for me; my sisters and parents, they sacrificed a lot,” he said.

Zach’s world travels undoubtedly influenced the way he grew up and encouraged a high level of patience and understanding when working with people from diverse cultures and backgrounds.

“There’s a lot of tolerance and acceptance and because Zach’s lived in so many places and been around the world playing hockey, he tends to gravitate towards people who are from a different culture or background because he knows what it’s like to be the kid on the team that is new and doesn’t really know the correct protocol for different things,” Maree explained.

“It doesn’t matter where you come from, if you really love and enjoy something, like I do hockey, then you have to just accept people’s differences and deal with the environment that you’re in and go from there,” Zach said.

As hockey teams bring together various nationalities, language barriers and unique traditions and customs can be some of the more significant things to understand and accept. Differences in food preferences and eating habits? That’s one of the things that can be laughed about.

“I remember going out to eat in the summer with the Poehling brothers for sushi, and I ordered what I’d usually eat with my parents, and they thought it was the weirdest thing ever,” Zach recalled. “I grew up eating it - seaweed salad and sashimi, and everyone eats seaweed salad in Japan, but they didn’t want anything to do with it, which was pretty funny.”

The second-annual NCAA Diversity and Inclusion Week is Oct. 22-25 and promotes different themes to showcase student-athlete identities, core values, and diverse backgrounds. The campaign on social media can be found with the hashtag #NCAAInclusion. 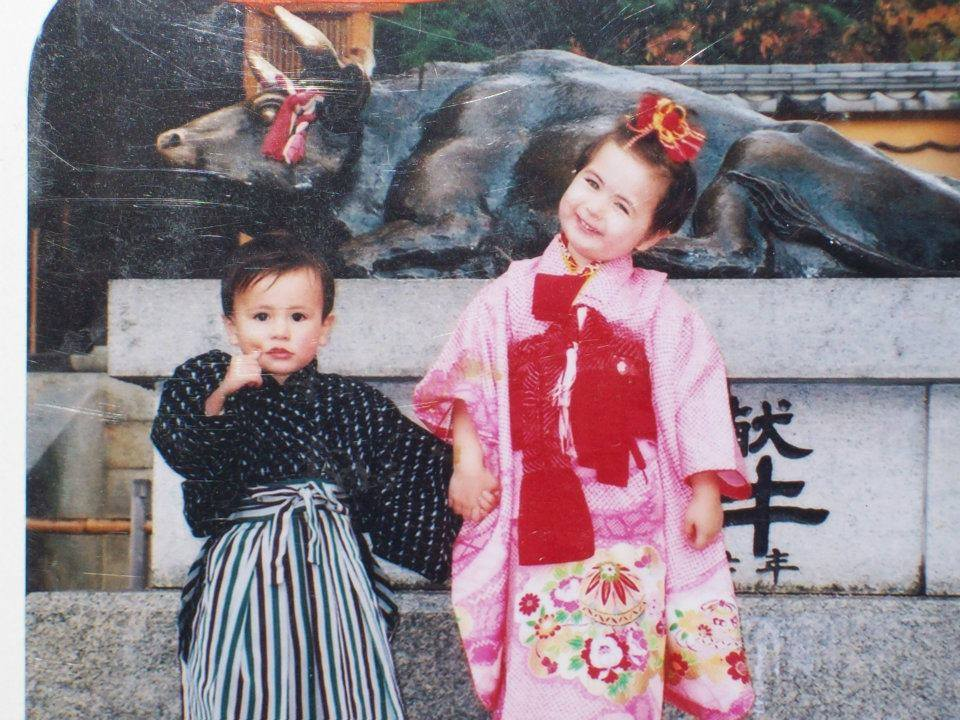 Zach with his sister as children in Japan, where he was born. 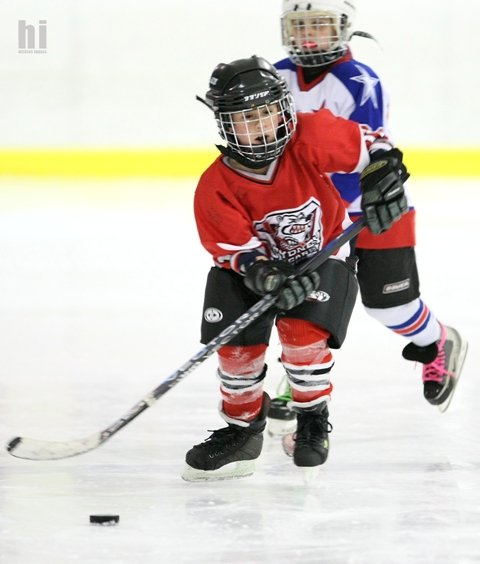 Zach playing hockey as a six-year-old in Australia. 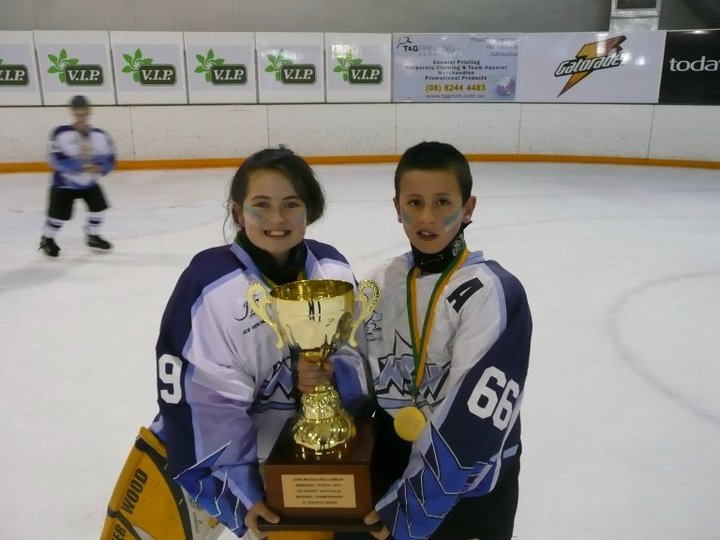 Zach and his sister holding a trophy after winning a tournament in Australia.

@TomHansensports @havington Wish there was a Third-Place Game to call right now... 😢 Thanks Tom! Be safe!