NCHC Focus for the Future/Year in Review

COLORADO SPRINGS, Colo. – With the 2018-19 season complete, the National Collegiate Hockey Conference (NCHC) reflected on its sixth season of competition, looking back at the successes, changes from previous seasons and how the NCHC can continue to build upon what’s already been accomplished. Highlighting the 2018-19 NCHC season was Minnesota Duluth completing back-to-back National Championships, marking a fourth straight NCAA title by an NCHC school.

The NCHC held its annual Board of Directors Meeting with member Presidents and Chancellors on Thursday, May 17 in Colorado Springs, after holding its Annual Meeting with athletics directors, faculty athletics representatives (FARs) and coaches in Naples, Fla. on April 29-30. Both meetings covered a variety of topics, including a review of last season, as well as possible changes for the future.

Below is a look at some of those possible changes for the 2019-20 season in our “Focus for the Future,” while we also look back at some of the achievements and accomplishments from the past year.

FOCUS FOR THE FUTURE

As the National Collegiate Hockey Conference looks forward to 2019-20, the conference would like to thank all its fans for their support and passion during the NCHC’s sixth season. The feedback provided by fans is very valuable and helps steer the conference’s focus for improvements and changes going forward. With summer upon us and hockey games still a few months away, we encourage fans to stay involved on social media and visit NCHCHockey.com and NCHC.tv (or download the mobile app), as content will still be posted regularly. The NCHC looks forward to creating an even better fan and student-athlete experience in 2019-20 and can’t wait to drop the puck on season number seven on October 5!

A rivalry is renewed tonight! 😤 @UNDmhockey faces @DU_Hockey in a top-20 tilt to open their series after the teams… https://t.co/abqyhf5lNH

@ritzcrackerhead Thanks for the support and looks great! Enjoy! 📺🔥🍻 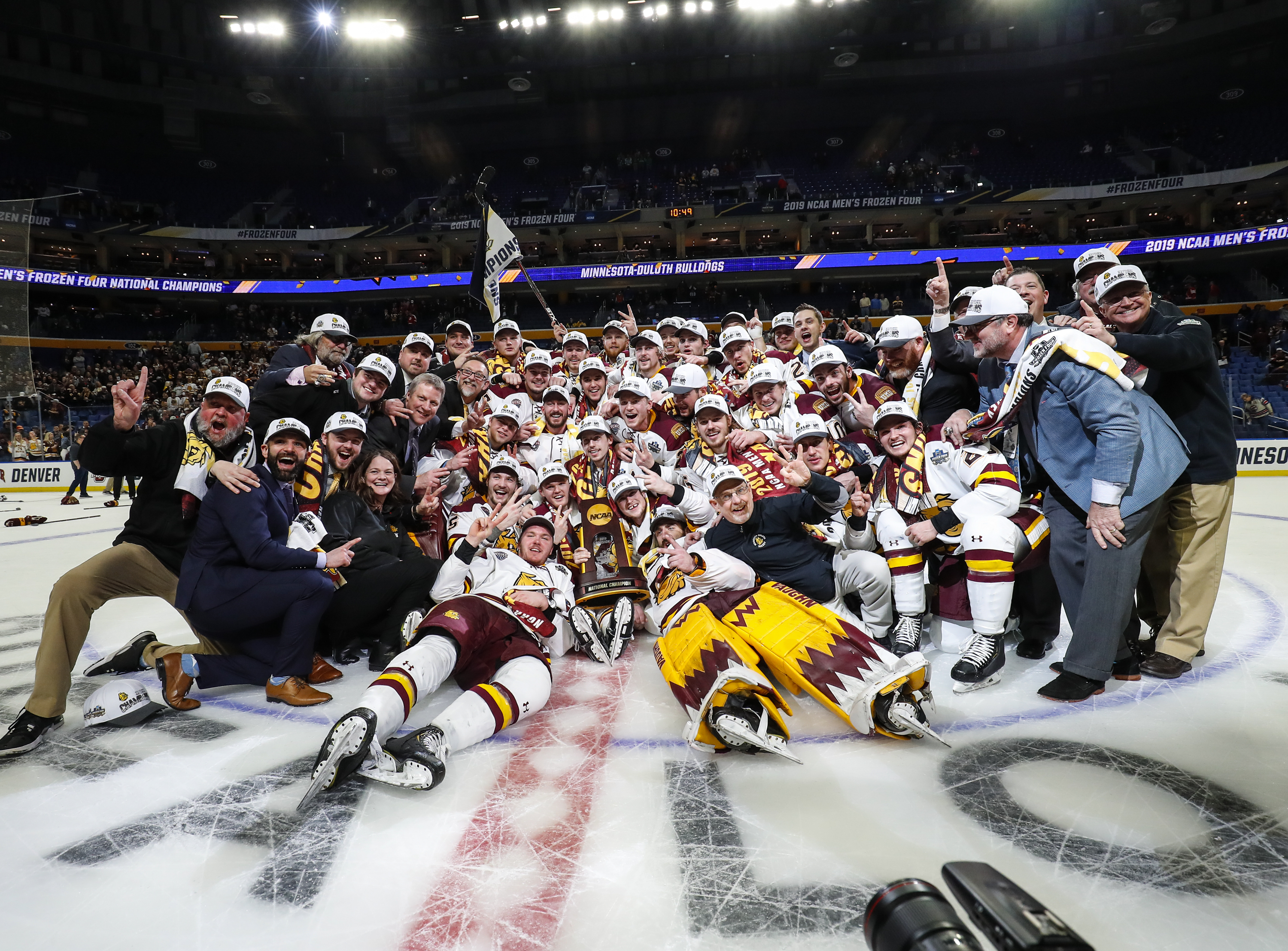 UMD won its second straight national championship and a fourth straight for the NCHC to highlight the 2018-19 season. Photo by Matt Dewkett 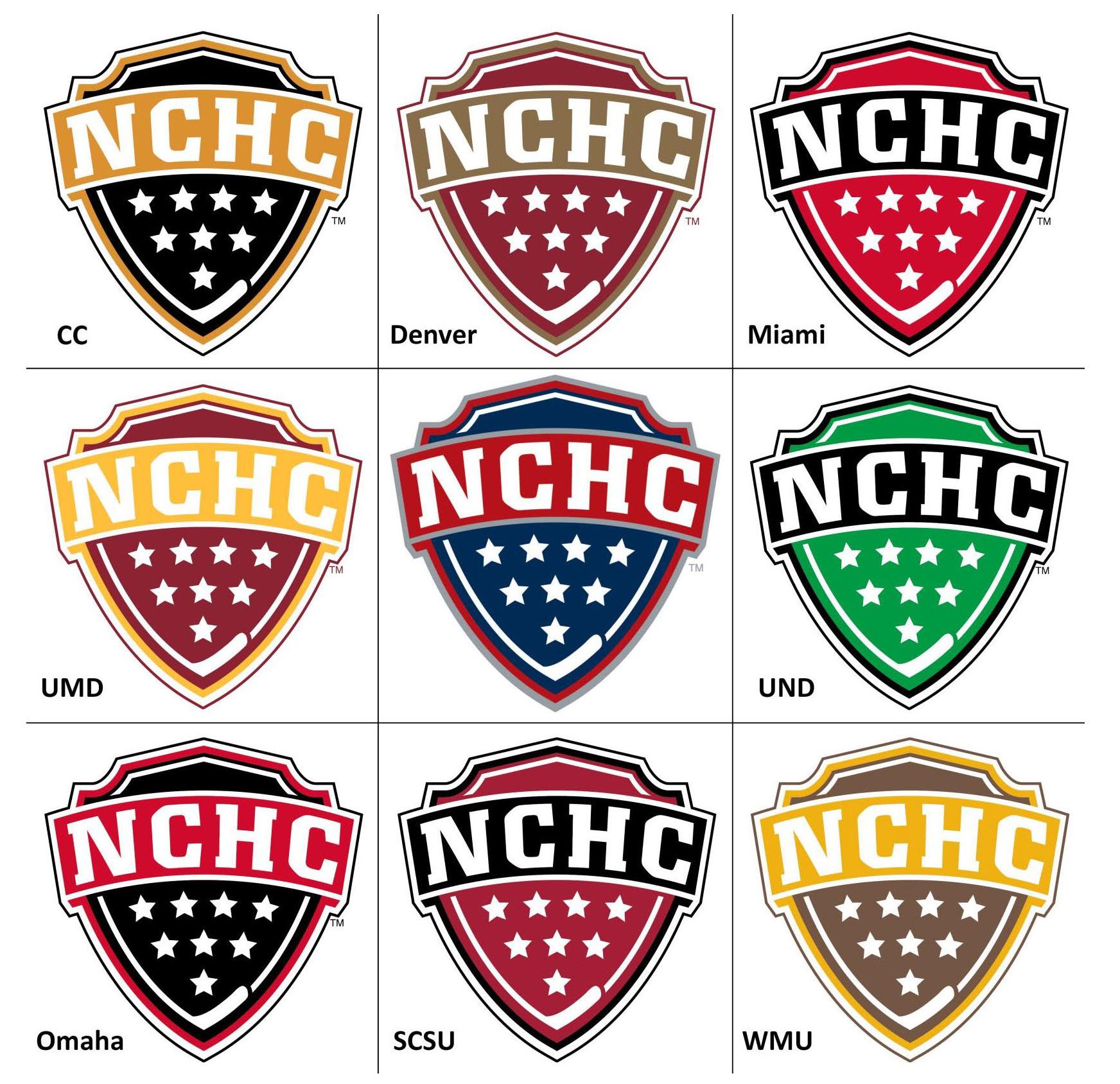 School-colored NCHC logos may be used by schools on printed and digital materials starting in 2019-20. 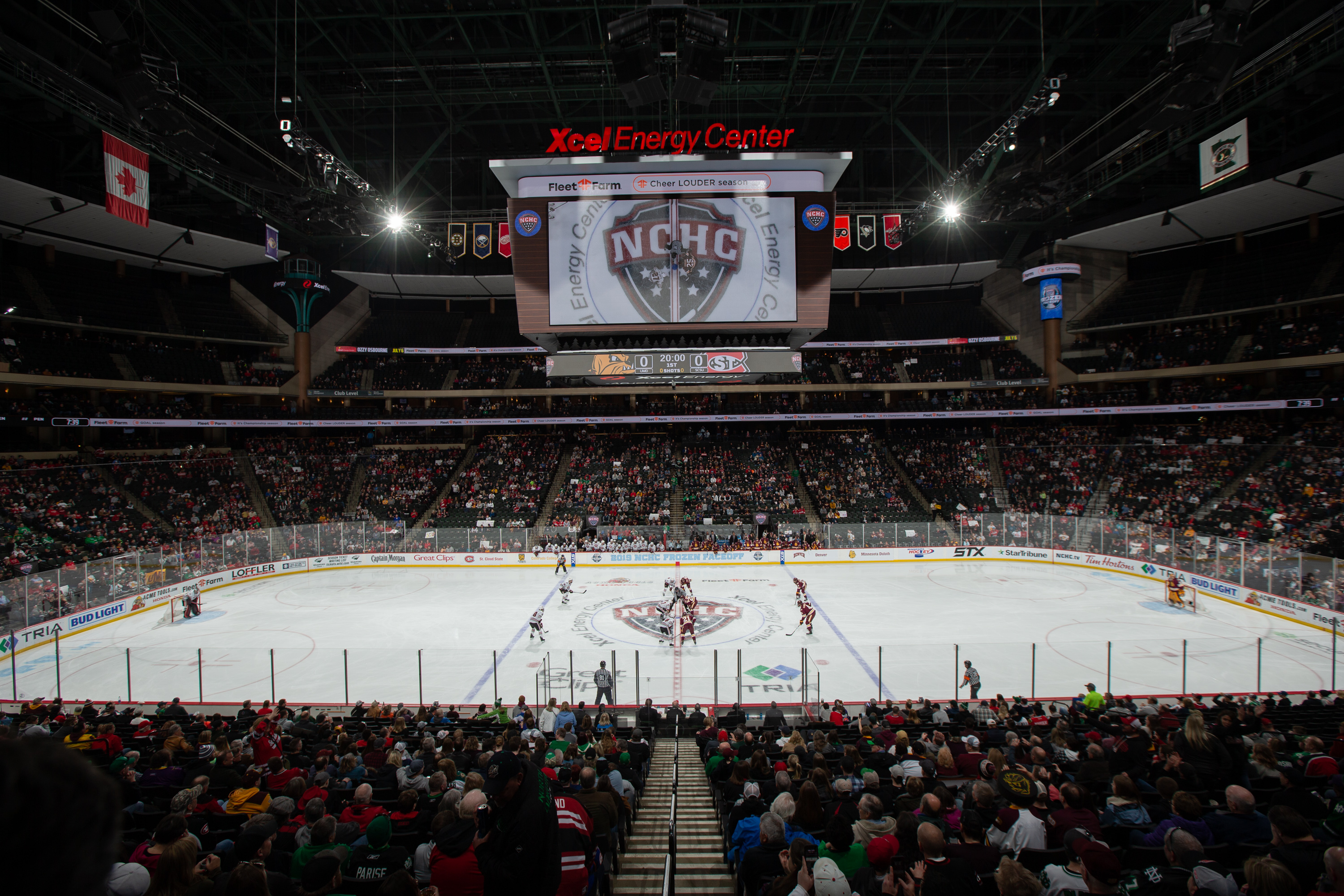 The 2019 Frozen Faceoff saw a thrilling, double-overtime championship game between UMD and SCSU in front of more than 10,500 fans. Photo by Jim Rosvold